Election to seven municipalities in West Bengal, including four in Darjeeling hills, will be held tomorrow with opposition accusing Trinamool Congress of resorting to 'strong arm tactics' and demanding a free and fair poll.

The seven civic bodies going to polls are, Darjeeling, Kurseong, Kalimpong, Mirik Notified Area Authority in the Hills besides Domkal in Murshidabad, Pujali in South 24-Parganas, and Raiganj in North Dinajpur.

Election in Darjeeling district, will witness a straight fight between an aggressive TMC and GNLF alliance and Gorkha Janamukti Morcha (GJM)-BJP alliance.

Tomorrow's election will decide who will rule in the hills which is a stronghold of GJM for last one decade.

GJM has accused TMC of poaching on its leaders and spreading lies and canards against it.

"TMC is trying to undermine the cause of Gorkhaland that we have been fighting for. TMC has been spreading lies and canards about GJM that we have done nothing for the development of the hills. The divisive politics of TMC will not work in the hills," GJM supremo Bimal Gurung has said during election campaign.

State minister Aroop Biswas who is in charge of the hills, has dismissed the GJM's charge.

"The allegations are completely baseless. The fact is GJM has been running a dictatorship in the hills and the people have started revolting against it. The people in the hills have accepted Mamata Banerjee as their undisputed leader and that is why GJM is levelling those wild allegations," Biswas told PTI.

With Chief Minister Mamata Banerjee making frequent visits in the hills, TMC has dented the base of GJM which was evident as common people in huge numbers have attended the rallies and meetings of TMC which was not seen earlier.

Election in Domkal is likely to witness a fight between TMC and Congress-CPI(M) alliance, whereas in Pujali and Raiganj, TMC is likely to face challenge from BJP as well apart from CPI(M) and Congress.

Apart from local issues, the BJP has made 'politics of minority appeasement' by the ruling party as an issue during their campaign.

BJP was trying to gain out of the recent tussle between TMC government and the RSS-BJP combine over the Ram Navami rallies in the state.

TMC secretary general Partha Chatterjee told PTI, "The communal politics of BJP and the political opportunism of Congress and CPI(M) alliance will be defeated by the people of Bengal. The people are with us and it will be proved again," he said.

BJP state president Dilip Ghosh, said if elections were held in a "free and fair" manner, his party would emerge victorious in all the three municipalities.

"We doubt whether elections will be free and fair. The state police which is under the state government cannot ensure free and fair polls," Ghosh alleged.

A left and Congress delegation had met the State Election Commissioner yesterday demanding holding of free and fair election tomorrow. 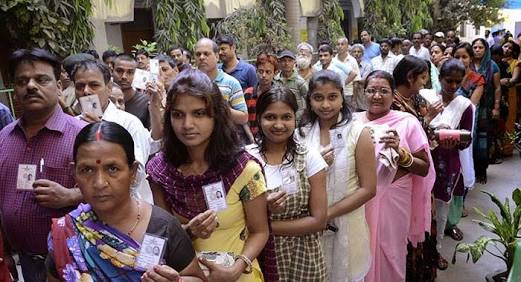