Now Salman Khan is all set to introduce another sizzling beauty to tinsel town. Reports suggest that none other than Bollywood's benevolent bhai, Salman Khan, going to launch Mouni in the industry.

Model turned actress from West Bengal's Cooch Behar, Mouni Roy is a household name in India due to her work in television.

DNA also states that Salman sees in Roy the same level of potential that he saw in the likes of Sonakshi Sinha, who he launched in his brother Arbaaz Khan's maiden production, Abhinav Kashyap's 2010 action comedyDabangg.

Now, DNAreports that he is planning to launch yet another talent - television actor Mouni Roy - in Hindi films.

Mouni met Salman on the sets of the 8th season of reality show Bigg Boss, which he hosts. The source added, "He sees Mouni as being extremely desi, a traditional Indian heroine draped in a sari". She first grabbed eyeballs as Krishnatulsi in Ekta Kapoor's famous daily soap Kyunki Saas Bhi Kabhi Bahu Thi 10 years ago. "He is looking at launching Mouni in one of his forthcoming home productions to be produced Salman Khan Production".

Although, so far no official announcement has been made by Salman or Mouni, she has been spotted hanging a lot around Salman's abode in Mumbai, and that is giving us some hints. Roy is a well established actress in the TV industry and has proved her mettle by playing a variety of roles over the span of her career. He also has Tiger Zinda Hai alongside Katrina Kaif. 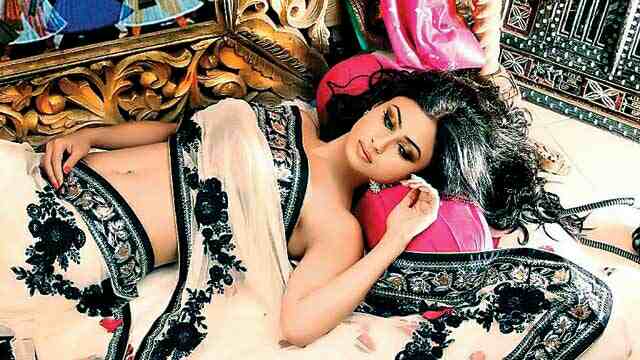