- May 28, 2017
After a year of disappointment, government schools came back with a bang on the Madhyamik merit list, bagging 14 out of 68 positions in the top 10. In 2015, 16 candidates out of 47 rankholders were from government schools, while in 2016, just 10 made it to the merit list of 66.
This year, out of the 3,007 students who took the examination, 2,956 passed and 513 candidates bagged more than 90% or AA grade.
Despite a better result than 2016, the West Bengal Government School Teacher's Association is not too happy with the huge decrease in the number of students securing more than 90% in the science subjects.
"This year, three science subjects — physical science, life science and mathematics — have a lesser number of candidates who have scored more than 90%. Due to the new question pattern, some students did very well in the humanities, but that was not the case for science papers," said former general secretary Dipak Das.
A few days back, the organization had suggested some changes to the West Bengal Board of Secondary Education. In the science curriculum, the association had wanted changes right from Class VI instead of introducing a new question and teaching pattern in classes IX and X. "The model question-and-answer booklet which was brought out by the Madhyamik Board didn't mention the changes. It has been noticed that average students score better if short answer-type questions are framed. But in case of MCQs, it is only the academically brilliant students who can reap the advantages since they are more prone to read the text books thoroughly," he added.
The trend, however, is not restricted to government schools but in the overall state data. Last year, there were 27,348 students who secured above 90% in maths while this year the number has gone down to 24,492. In case of physical science, the number of students who scored above 90% dropped from 31,989 in 2016 to 14,612 this year. And in life science, the number dwindled from 54,584 to 28,041.
"Considering our resources, we have done exceedingly well. Many schools don't even have a headmaster. Yet, students have got good percentages," said a teacher at a government school. 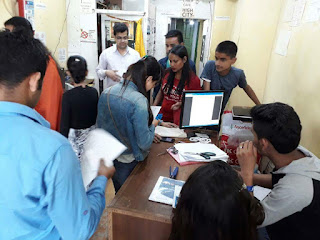 Among the government-run schools, those in Cooch Behar and Darjeeling have fared the worst. In Darjeeling, out of 36 students only 11 passed and in Cooch Behar, out of 353 candidates 344 secured pass marks.