- May 25, 2017
A carcass of an adult leopard was today found inside the Wasibari tea estate in Malbazar, a day after an an adult female elephant was electrocuted to death at Dalgaon range of Birpara in Alipurduardistrict of north Bengal. As the workers began to assemble for work this morning, a stench filledtheir noses and on searching they found the carcass of leopard in drain covered with bush. The garden has witnessed three attacks from the leopard in past ten days where three people were injured. Yesterday a pachyderm was found dead in a maze field, which had an electrical fence boundary to stop the jumbos from entering the field. 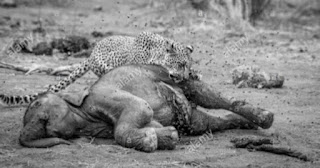