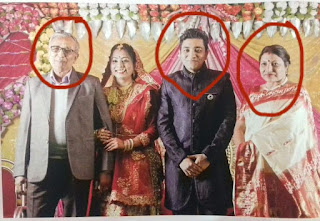 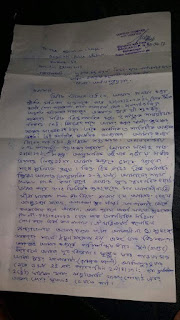 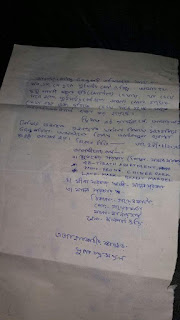 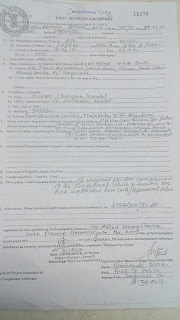 Now days, the murder, suicide of a bride is very common nasty incident in our so called ‘Good society’. The people of the society do not pay the attention of the report of murder; suicide if the victim is not belongs to their family.  Therefore, In order to shake the so called good society, a sister from west Bengal has started protest against her married elder sister death.

Juthika Mondal, the sister of Monika Mondal has opened a facebook page, named #JusticeForMonika to protest against this society, police administration to get justice of her “Didi’s Muder”. Without getting help from police body, Juthika started her own protest to give punishment of Monika Mondal’s murderer.

Monika Mondal, resident of Falakata was married with Subhankar Sarkar of Gairkata in Jalpaiguri district , on 21t January, 2016 and just after one year Monika’s hanging body was recovered from her husband's house in Kolkata on 28th April 2017. After that the complaint was filed against her husband, mother-in-law and father-in-law in section 302 and 298.

The facebook page is dedicated to Monika Mondal and a beautiful soul who left this world mercilessly on 28/04/2017. This online campaign is aimed to aware all the sympathetic hearts around that how a father’s sweet and innocent girl was found dead after just one year of her marriage.

Baguihati police do not arrest anybody yet after three weeks of case filed because they are absconded after that incident.  The post mortem report of Monika Mondal was not satisfactory even the suicide note was not written by Monika, said Monika’s family. Now the question rose that how she did suicide when the door already opened. Another question hit the mind that the how the alleged family run away from Kolkata. Bidhannagar detective head Santosh Pandye said that the investigation going on as usual they said.

Juthika Mondal now become mad and shall not recover from the shock. Nobody helps her family to give proper justice, to give punishment the main culprit. Police do not take any action quickly. Monika’s friend also joined with Juthika to help her in this facebook protest campaign and want to raise the conscience of the society, police. Juthika’s poem in facebook said everything of her pain and anger.

Where is the protest like Nirbhaya? Where is the candle rally of intellectuals? Are we lost our conscience? This society makes us selfish and breaks our backbone. Now, the time comes to raise our voice against this nasty crime to say the world that Bengalese don’t have lose their  moral conscience. We know how to protest and how to get Justice. 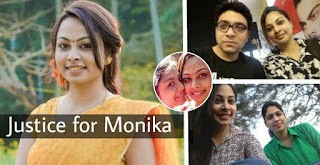