Inauguration of India’s Longest Bridge of length 9.15kms on the Brahmaputra in Assam tomorrow

- May 25, 2017
Prime Minister Narendra Modi will inaugurate the Dhola-Sadiya Bridge on the Brahmaputra, the country’s longest bridge, in Assam on May 26.
The bridge will connect Assam and Arunachal Pradesh and is 9.15 kilometres long.
On the same day, Prime Minister Modi will also lay the foundation stone of the proposed Indian Agricultural Research Institute (IARI) at Gogamukh in Dhemaji district and the All India Institute of Medical Sciences (AIIMS) at Sarusajai in Guwahati.
He will also address the nation from Guwahati on completion of three years of the Bharatiya Janata Party (BJP)-led NDA government at the Centre and one year of the BJP-led Assam government.
Read More: Railway Bridge Taller Than Eiffel Tower Over Chenab In J&k
On Wednesday, Assam Chief Minister Sarbananda Sonowal, BJP’s Assam unit president Ranjit Kumar Das, and Special DG of Assam police Kula Saikia reviewed the security at Khanapara in Guwahati, where PM will address the nation from a public meeting.
Assam Chief Minister Sarbananda Sonowal told ANI, “It is a proud moment for the people of Assam, as Prime Minister Modi will address the nation from Assam as the BJP marks three years of the NDA government.”
Sonowal further said that all cabinet ministers of the Union Government would participate in the public meeting to be held at Khanapara.
Apart from the union ministers, several top BJP leaders and Chief Ministers of the BJP-ruled states would also take part in the programme. 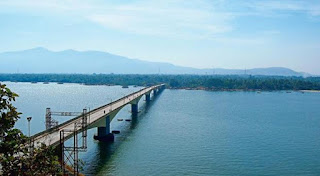