The Gorkha Janmukti Morcha has registered emphatic victory in Darjeeling Municipality by winning 31 of the 32 seats. The only seat TMC managed to win was Ward 31 where it's candidate Chung Chung Bhutia has won.

Gorkha Janmukti Morcha has won 17 out of 20 seats and will be forming he board. Trinmool Congress has won the rest 3 seats.

Heralding change, TMC has won 6 out of 9 seats in Mirik Municipality and is set to form Board. GJM could only win 3 seats.

With this victory TMC has created history in the hills by becoming the first state party to win a local body elections after 1986 Gorkhaland agitation.

People's rejection of GJM in Mirik is also indicative of the anger towards failed GJM leadership in Mirik and the positive politics of promised land rights and administrative devolution in the form of Mirik sub-division by the Trinmool government.

(With inputs from TheDC) 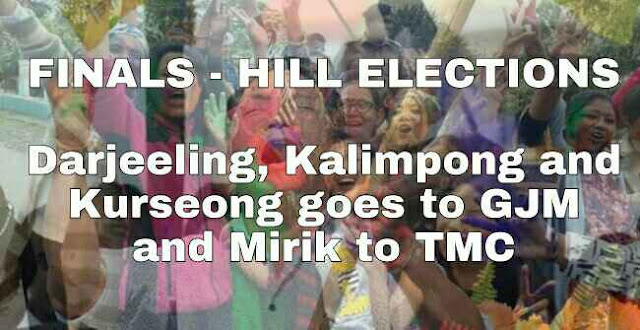