Jana Andolan Party president Harka Bahadur Chhetri yesterday accused the Trinamul Congress of making use of various development boards in the hills to garner votes for the ruling party in coming municipality elections.

Chhetri said the intention behind forming the boards was becoming clearer with the Trinamul putting pressure on the bodies to ensure the party's victory. "The doubts about the boards are coming true today. They are not cultural and development boards. What is clear is that they are 100 per cent political boards," he said.

The state government has set up 15 cultural and development boards for different communities in the hills on the basis of ethnicity, language and religion. In the lead up to the civic polls slated for May 14, Trinamul has asked the representatives of the boards to mobilise members of their respective communities to ensure the party's victory.

Trinamul has purportedly tasked senior members of the boards to ensure the victory of the party candidates in wards where their communities are in large numbers.

The party has community-wise break-up of voters of all 23 wards in the Kalimpong municipality to assist the board representatives in voter mobilisation.

Asked if he was willing to take the help of Trinamul in the event of a hung board, Chhetri said his party was open to all sorts of permutation and combination, but would make that call after the poll verdict. The JAP faces a tough challenge from the Morcha and Trinamul in Kalimpong. Observers are not ruling out the possibility of a hung board.

The Gorkha Janmukti Morcha, too, has cautioned people against falling prey to the divisive politics of Trinamul with the sole purpose of silencing the demand for Gorkhaland.

"The elements out to divide the Gorkha community have been going around wards seeking votes in the name of development. We are, however, confident of defeating such forces by remaining united as a community," said Samuel Gurung, a senior Morcha leader and a GTA executive Sabha member.

Speaking at a programme to release the party manifesto for Kalimpong here yesterday, Gurung said the civic poll was a fight between those in favour of Gorkhaland and those who were against it.

"We appeal to the people to keep this in mind while casting their votes," he said.

Apart from using the boards to garner votes, Trinamul has sent senior party leaders from outside the hills to campaign here. In the last few days, Dasarath Tirkey, the MP of Alipurduar, Wilson Champamari, the MLA of Kalchini, and Shashi Panja, the child and women development minister, have campaigned here.

Mohan Sharma, the party's minder for Kalimpong, has also been camping here since the middle of last month.

"More senior leaders will be coming to assist us in the next few days. We will also be holding a massive election meeting at the Mela Ground on Monday," said a Hill Trinamul leader. 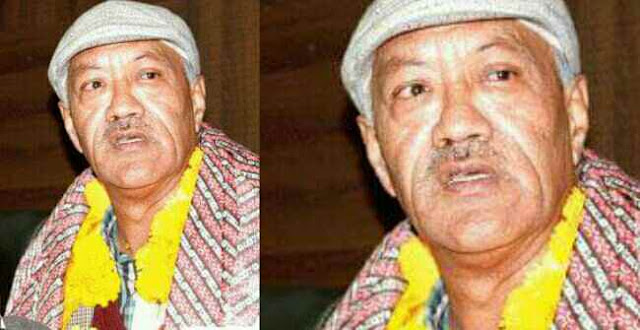