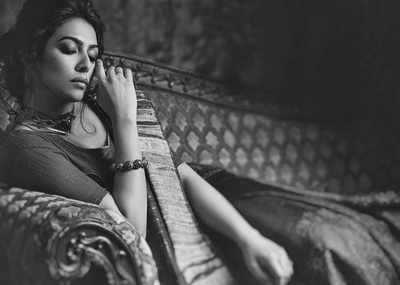 CT has got what is probably the last photo taken of the model-anchor, where she is seen with Vikram and friend Anindya Chatterjee.

A day after Vikram Chatterjee held a press conference to talk about the night that he crashed his car, leading to the death of Sonika Chauhan, CT has got what is probably the last photo taken of the model-anchor, where she is seen with Vikram and friend Anindya Chatterjee. The photo was clicked just a few hours before the tragic accident.On April 28, as she was leaving a nightclub on AJC Bose Road, Sonika hugged Anindya and said, `Come to Bangalore'. The actor, who was with Vikram and Sonika, captured the moments on his mobile camera. It was 2.08 am and Sonika and Vikram left the nightclub a few minutes later.

Anindya, who has already recorded his statement with the police, said, "Sonika was leaving for Ban galore the next Monday and wanted to catch up with her friends before that. I met her at a lounge bar at 1.30 am, from where we went to the nightclub. Both Vikram and Sonika looked their usual best and we clicked a few photos before Sonika said she had to leave. I went home in a while. When I woke up, I saw 46 missed calls on my phone; Sonika was gone." Anindya and Sonika have been friends for over five years. "On days pork vindaloo would be cooked at her home and I was somewhere else, either Shaheb (Bhattacherjee) or Sonika would make it a point to send me some," he said. Sonika, who went on a family holiday to Thailand recently, also brought a miniature tuktuk for Anindya. "On her funeral, Sonika's mom gave it to me and said how Sonika had kept it aside, but forgot to carry it with her that night. I said a silent thank you to her," recalled Anindya.

Vikram, too, remembered Sonika at the press conference. "I wish I was in her place today . I would have had much peace. After all, I was behind the wheels that night. Sonika was an integral part of my life -a special person. I have two roads ahead. One that leads to me sitting back at home and another that leads to getting back at work so 100 families who work on a TV set don't have to suffer because of me. I don't know how soon I'll return to work but I want to, the soonest," he said.