Following a peaceful polling in the four civic bodies in the Hills of North Bengal, the district administration and police are all geared up to ensure a peaceful counting day on Wednesday. All necessary precautionary measures have been adopted in this direction. Victory rallies will not be allowed on Wednesday to prevent any form of altercation. Polls had been held in the Darjeeling, Kurseong, Mirik and Kalimpong municipalities on May 14.

Except for a woman arrested for allegedly trying to cast a false and four lady police constables injured in an accident at Sevok while returning from Kalimpong to Siliguri after completion of poll duty, May 14 had passed off without any untoward incidents.

"We have adopted all measures to ensure a peaceful and smooth counting. The strong rooms will open at 7:30 am and counting will commence at 8 am on Wednesday," stated Joyoshi Dasgupta, District Magistrate and District Municipal Officer, Darjeeling. Counting will take place at St. Robert's School for Darjeeling; SDO offices for Kurseong and Mirik and Atithi Griha adjacent to the Kalimpong municipality for Kalimpong.

"Only the candidates accompanied by the election or counting agents will be allowed in the counting halls. In Darjeeling counting will be completed in 5 rounds. It is expected to be over by 10:30 am," added the DM.

Strict police bandobast will be an important component of the counting day. "Victory rallies will not be allowed on Wednesday. Rallies could lead to altercation. With permission from the administration and police victory rallies can be held after May 18," stated Amit P Javalgi, SP, Darjeeling. Specific areas have been allotted for different political parties to prevent supporters from locking horns.

In Darjeeling, the GJM supporters have been directed to gather around the Gorkha Ranga Mancha Bhawan area at Chowrasta. In Kurseong, barricades have been set up 100 m away from the SDO office on Pankhabari Road.

In Kalimpong, GJM supporters will be in the Tamang Gumba area; TMC and GNLF at the Treasury office area and Jan Andolan Party supporters in Saat Do Bato area. 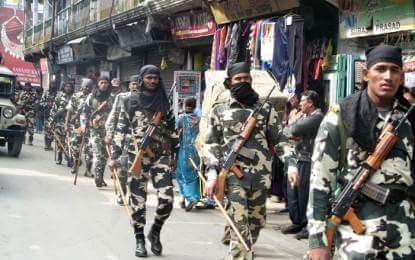