"I think teachers are the backbone of the society. Students are their followers and they follow the ideology of their teachers but when the said person forgetting all his /their responsibility towards their students committed wrong upon them, they should not be shown any respect or mercy rather I think they are worthy of hate. In my opinion what had done by the convict Pradip Pradhan against the victim girl should not be shown any leniency and if any indulgence be given to him a wrong message will go to the society at large...." was the words of the Ld Judge Shri Anupam Mukherjee, before pronouncing the sentence, in front of large audience.

The District Public Prosecutor Mr. Pranay Rai stressed, "Family... and being the only earning member vis a vis mercy etc cannot hold license to exculpate the dirty mind of the guilty, We send our daughter to reputed institution for education and of becoming future pillars of the nation and not to be raped, Justice should be merciless to the perpetrators of Law..."

But whatever it be the entire DT team shout out loud with a voice of appreciation to the Judiciary for giving bold and continued decisions ultimately contributing largely towards the safety of every girl child in our society.

It was on the September 11, 2014, The Convict Pradip Pradhan, Principal cum proprietor of Grace Academy English School, at Garidhura called up few students at the school, despite of the institution being a holiday. The victim girl aged 14 years along with three other students arrived at the premises at 9:30am. While the three students were asked to do some assistance with regard to compilation of results, in a classroom, the victim girl was asked to come to the convicts office for taking the class III's register. As the victim girl entered the office room the convict made unnatural approaches and when the victim objected he forcibly pinned her down on the floor and covered her mouth with his hand and committed aggravated sexual assault upon the victim minor girl child. She was traumatised with the situation and later narrated the incident to her friends and her mother. Thereafter a complaint was lodged before the Garidhura Police Out Post, within Kurseong Police Station. Charge Sheet was filed on the November 30, 2015, and in  total 14 witnesses were examined. The convict was arrested immediately and was an under trial prisoner. The IInd Court Additional Sessions Judges Court convicted the said Pradip Pradhan to Rigorous Life Imprisonment with a fine of Rs 50,000/- in default a further sentence of S.I. of Two years, under Section 6 of the Protection of Children from Sexual Offences Act 2012.

Section 6 deals with the sentence and Section 5 defines as to what is Sexual Assault under the POCSO Act 2012. 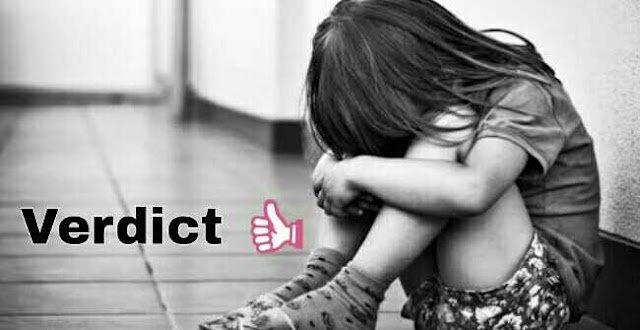