- May 25, 2017
Md Tikka alias Afazul, a resident of Malda in West Bengal, was sentenced to 10 years by the special judge, CBI cases in Ghaziabad, Uttar Pradesh on Wednesday for smuggling large quantities of fake Indian currency notes (FICN) from Bangladesh. The court also sentenced his associates Md Hanif and Md Kasim to 10 years each. A woman named Shalu, who was part of the gang was sentenced to seven years. While Tikka will have to pay a fine of Rs 50,000, the others have been fined Rs 1.25 lakh each.
On April 6, 2014, the CBI had registered a case under Sections 120B read with Sections 489B and 489C of the IPC against the four. Tikka had smuggled the FICN from Bangladesh with plans to supply them to Hanif, a resident of Rani Nagar village, Bhojpur, in the Moradabad district of Uttar Pradesh. Shalu and Kasim, residents of Rampur in UP, were to carry the FICN.
"During a search, FICN of face value Rs 300,000 was recovered from Shalu and Kasim between Lucknow and Moradabad railway stations while they were traveling by the 14003 New Farakka-New Delhi Express. During investigation, Hanif was arrested and FICN of face value Rs 1,03,000 was seized from his possession. Tikka was also arrested. It came to be known that Hanif was the mastermind and was planning to distribute FICN in western Uttar Pradesh with help from the others," an investigator said.
On July 4, 2014, the CBI filed a chargesheet against the accused in the court in Ghaziabad. The judge found the four guilty and sentenced them. (TOI) 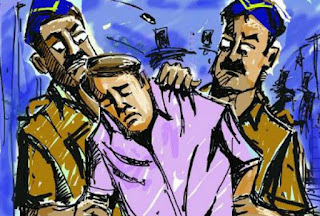