Five persons were arrested from West Bengal’s Siliguri for allegedly trying to smuggle 95 cows to Bangladesh, police said on Monday.

According to police, the five accused are residents of West Bengal’s North Dinajpur district. They were planning to smuggle the cows through the India-Bangladesh border in North Dinajpur’s Changrabanda.

“When their vehicles were stopped at the police checkpost, they were not able to produce any valid documents for the cows. The five accused have been slapped with charges of smuggling. They would be produced before a court,” the officer added. 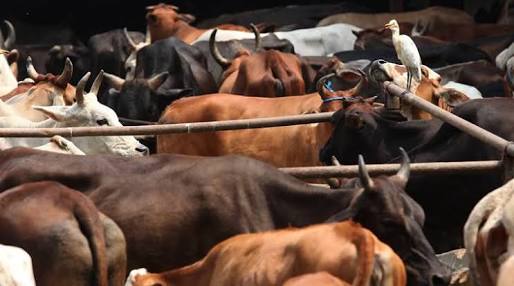