In a strong message to Pakistan army which killed two Indian soldiers and mutilated their bodies, the Indian army last night destroyed two Pakistani bunkers and killed seven of their soldiers.

Initial reports said two Pakistani bunkers were destroyed in Kirpan and Pimple posts opposite to Krishna Ghati area of Mendhar in Jammu.

About five to eight Pakistani Army soldiers of 647 Mujahideen battalion were  in one post.

Both posts have been destroyed and seven Pakistani soldiers were killed in the Indian action.

Earlier in the day, Pakistan's Border Action Team (BAT), which comprises the special forces, killed two Indian soldiers under the cover of shelling by Pakistani troops in Krishna Ghati Sector in Poonch district of Jammu and Kashmir, officials said.

The army issued a statement saying that the bodies of an army soldier and a BSF head constable were mutilated but a senior army officer told PTI that they were beheaded.

The BAT team had set up an ambush to target the patrol party of the Indian soldiers while the Pakistan Army engaged two Indian forward defence locations (FDL) with rockets and mortar bombs, the officials said.

After the incident, Defence Minister Arun Jaitley had warned Pakistan that the Indian Army will retaliate.

"Their bodies were mutilated by our neighbours. This is a reprehensive and an inhuman act. Such acts don't even take place during war, let alone peace," Jaitley said.

Stating that the sacrifices of the soldiers will not go in vain, he said the armed forces will appropriately react to this extreme form of barbaric act. 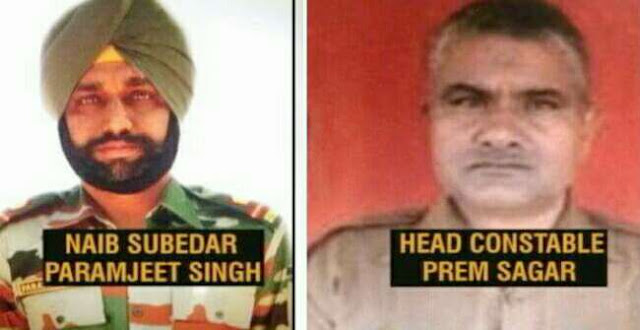