- May 25, 2017
The woman, who works as a nurse, said she was returning home at 7pm when the accused touched her inappropriately.
As it was dark and the Sohna Road in Gurgaon was busy with commuters, she failed to notice anything that could help the police identify the accused.
A 25-year-old woman from Darjeeling has alleged that she was molested by an unknown person on Wednesday at Sohna Chowk.The victim works as a nurse at a house located on Sohna road.
The woman, who stays at Madanpur in Sector 8, was returning from work around 7pm when an unknown person on the road touched her inappropriately. She was unable to see the man’s face clearly as he ran away after touching her, she told the police.
As it was dark and the stretch was busy, she failed to notice anything that could help the police identify the accused.
She filed a complaint at Shivaji Nagar police station in Sector 11.
Though she noticed a police patrol van on the road at the time, she could not report the incident as she was in a state of shock. However, she said she summoned enough courage to lodge a complaint with the police on Thursday.
“The complaint was filed at our women ‘s police cell. She said the molestation took place late Wednesday evening. We will be looking at the CCTV footage of the area for further leads in the case,” Rajpal, station house officer, Shivaji Nagar police station,said.
A case was filed under section 354 (assault or criminal force to woman with intent to outrage her modesty) of the Indian Penal Code (IPC).
With the city having courted infamy over the abduction and gangrape of a woman, also from the northeast, recently, the police has vowed swift action in this case.
In a political twist, the Aam Aadmi Party (AAP) on Thursday submitted a memorandum to the Haryana Governer through deputy commissioner Hardeep Singh over the rising incidents of crime against women in the city.
SJ Kadiyan, state observer, AAP, said, “The police are unable to create a safe environment for the women. This is a serious concern.”
On May 14, a 26-year-old woman from Sikkim was gang-raped by three men in a moving car after she was kidnapped near Sukhrali village in Gurgaon on Saturday. The victim, who lives in a paying guest house in sector 17, told the police that she returned from New Delhi in a cab around 2am and was abducted and dragged into a car while she was walking back to her place.
On February 20, an assistant professor from Meghalaya teaching in a Delhi college was allegedly molested by an auto-rickshaw driver while travelling from Huda City Centre to her residence in Sector 51.
By Ipsita Pati, Hindustan Times 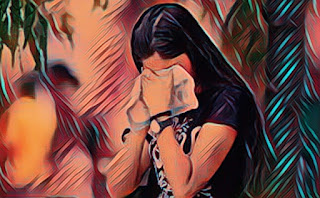