Darjeeling has given us a last chance, said GJM chief Bimal Gurung after winning the polls

Bimal Gurung yesterday told the 31 victorious candidates from Darjeeling that people in the hills had given the Gorkha Janmukti Morcha "one last chance" and it was time to "sit down soon and analyse".

"This is one last chance that the people have given us. They voted for us not looking at Bimal Gurung's face but for the issue of Gorkhaland. Kalimpong understood the importance of this election. We will have to sit down soon and analyse all aspects and discuss every point in detail," Gurung told the candidates at Gorkha Rangamanch Bhavan in Darjeeling.

The Morcha chief's remarks assume significance ahead of the Gorkhaland Territorial Administration polls that are scheduled in August.

D.K. Pradhan, the convener of the Morcha's Study Forum, who is being projected as Darjeeling's next civic chief, conceded that some form of lethargy had crept into the party.

"It was at the last moment that we managed to arouse some enthusiasm among our party cadres and get the momentum going."

Political observers said Gurung's word of caution indicated that the Morcha was considering Trinamul a bigger threat than Harka Bhadur Chhetri's JAP and the GNLF, at least in Darjeeling, Kurseong and Mirik. 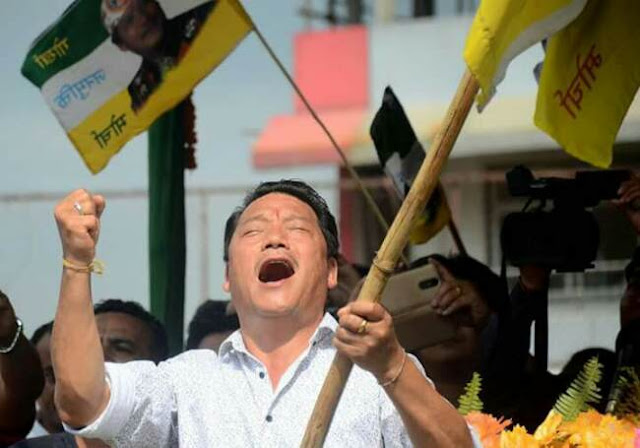