- May 22, 2017
THREE YEARS IMPRISONMENT TO ISHU TAMANG UNDER SECTION 8 OF THE PROTECTION OF CHILDREN FROM SEXUAL OFFENCES ACT,2012.
It is indeed true that the talk of the town in Darjeeling hills is that trial in Darjeeling Court is justice oriented. DTs endeavour too is to publish these convictions widely to readers so that the message to probable offenders is clear and loud that Law in the Hills are strict and result oriented, ultimately making Darjeeling District a safe place to live. Kudos to the Darjeeling Judiciary.
In Sessions Case No 8/15, corresponding to S.T. No 31(4)/15
State Versus Ishu Tamang.....Convict.
On October 31, 2014 at around 8:00pm while the victim girl was attending her ailing mother at Rambi Hospital, the Convict asked the victim to accompany him to purchase some biscuits for her ailing mother. While returning to the hospital the convict Ishu Tamang taking advantage of the isolated area tried to touch her body and molest her and kissed her, she somehow managed to escape from his clutches and thereafter informed the matter to her brother. A complaint was immediately lodged before the Kalimpong P.S. and the convict was arrested. In total 8 witnesses were examined Charge was framed under Section 354 A of the Indian Penal Code and Section 8 Of the Protection of Children from Sexual Offences Act 2012, on the April 10, 2015. The Ld Additional Sessions Judge Court II, Darjeeling pronounced the accused Ishu Tamang, guilty under Section 8 of the POCSO Act 2012, for three years and a fine of Rs 200/- in default an additional imprisonment of Six Months.
Section 7 defines Sexual Assault and Section 8 deals with punishment which extends upto 3 year of imprisonment.
COURT:
Mr Anupam Mukherjee, Additional Sessions Judge cum Spl Judge Court II.
PROSECUTION:
Mr Pranay Rai, District Public Prosecutor, Dist & Session Judges Court.
Mr Nitin Thankur, A.P.P.
INVESTIGATING OFFICER:
Mr Sujit Lama, O.C. Mirik Police Station.
Via DT 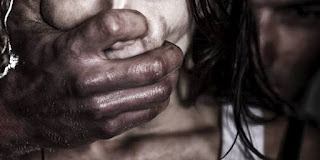