Criminalising Forest-Dwellers Has Not Helped Indias Forests or Wildlife. Its Time for a New Deal

- May 22, 2017
Instead of evicting forest-dwelling communities for engaging in traditional activities in protected areas and reserved forests, the government should use them for co-management. 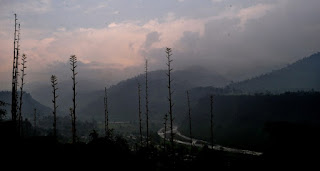 In a circular released on March 28, 2017, the National Tiger Conservation Authority (NTCA) ordered the directors of all tiger reserves to refrain from recognising the rights of forest dwellers within critical tiger habitats.
Since its enactment in 2006, the Scheduled Tribes and Other Traditional Forest Dwellers (Recognition of Forest Rights) Act or the Forest Rights Act (FRA) has been instrumental in recognising and vesting forest rights and the right to occupation in forest lands of forest-dwelling Scheduled Tribes and other traditional forest dwellers who have been residing in such forests for generations but whose rights could not be recorded. The NTCA circular reasons that since there have been no guidelines laid down for the notification of critical wildlife habitats (CWH), rights should not be conferred in critical tiger habitats (CTHs).
Tribal groups have responded to the order with widespread criticism, and it is important to look back into the context and history of how CTHs came to be declared.
‘Tiger reserves’, initially an operational category of protected areas under Project Tiger, were made a legal category under section 38V of the Wildlife Protection Act (WLPA). The amendment allowed state governments to notify areas as ‘tiger reserves’ based on the recommendation of the NTCA. Typically, a tiger reserve has a core, or the CTH – which may previously have been a national park or a wildLife sanctuary – and  a buffer or peripheral area. Many conservationists believe that the CTH should be ‘inviolate’, which they see as free of human presence. According to them, this is crucial for the breeding of tigers and the continuation of the species.
However, the NTCA’s recent circular is illegal on many fronts. First, it violates the WLPA itself, given that according to the Act, a CTH can only be declared when a detailed, scientific and objective study is carried out to ensure that the areas to be declared CTHs really need to be kept inviolate. This is to be done without affecting the rights of the STs and other communities that live in the forest. A clarification issued by the environment ministry in 2011 categorically stated that the concerned agencies of the state government need the consent of the STs and other forest dwellers in the area, as well as an ecological and social scientist familiar with the area, to establish that the activities of the STs and other forest dwellers or the impact of their presence upon wild animals is sufficient to cause irreversible damage to the existence of tigers and their habitat – and so there’s a need for an ‘inviolate’ zone to be formed.
Second, the process of declaring CTHs was rushed and completely arbitrary. Most states began to notify CTHs in late 2007, as the debates over the FRA bill has just started unfolding. Till 2012, out of the 41 tiger reserves notified, 31 had already been notified by the end of December 2007. Thus, this was arguably done to create such areas before the implementation of the FRA began, thereby completely sidestepping not only the responsibility of recognising the rights of forest-dwellers who occupy the reserves, but also alienating them from the democratic process of conservation that the FRA envisioned.
Third, the NTCA has issued no guidelines for the declaration of CTHs, despite repeated attempts by several civil society and wildlife conservation groups. To understand how such arbitrary policy decisions have affected many forest dwellers, and in turn, alienated them from the state’s conservation efforts, we reflect on our experiences visiting North Bengal’s Buxa Tiger Reserve and Jaldapara National Park and what we heard from the people there. 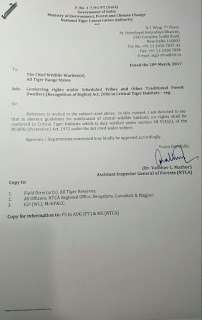 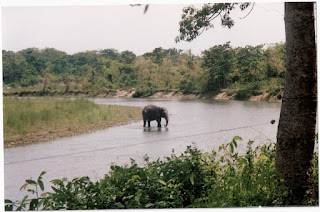