- May 31, 2017
West Bengal Chief Minister Mamata Banerjee on Wednesday came down heavily on a private girls’ school in South Kolkata for playing PM Modi's ‘Mann Ki Baat’ video in classrooms.
During interaction with the authorities of private schools and colleges at a Town Hall, Mamata suddenly questioned, “Who came from Shri Shikshayatan School?”
Immediately, a lady (Bratati Bhattacharyya) stood, who identified herself at Secretary General of the school, only to face criticism from the state Chief Minister.
“I know your fee structure is not much. But I came to know one of your senior teacher is asking student to listen to political speech in classrooms. We have authentic information. This is very bad. Please don’t do this in the classroom, at least, not with small children,” Mamata told the school representative.
Without naming Modi’s ‘Maan Ki Baat’, she said, “Classrooms are for studies and not for political speeches. If someone plays my speeches in the classroom, I will be the first person to stop it. Such things are bad for the students and that too at young age. I don’t know why your teacher did that.”
When the representative claimed that they have not found any such instance, Mamata replied, “I know it happened where students were forced to watch political video. Please convey my message to your principal to stop such practices”.
“Recently, it was once again shown to students. I came to know that some teachers also raised objection. Please don’t do this,” she said. Interestingly, the state Chief Minister did her BEd from Shri Shikshayatan College.
Mamata also announced a complete ban on donation in private schools and colleges besides a mandatory submission of balance sheets to the school educational department in every financial year and formation of 11-member Self-Regulatory Commission to keep an eye on these institutes to prevent malpractices. 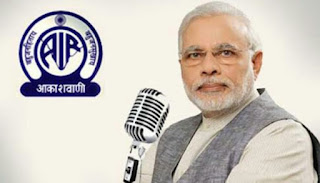