Today, the Officials from indian army tod handed over the dead body of an army personal named Shyam Kumar Sharma, resident of Arigaon under Sakyong constituency to the family members. The deceased personal's body was brought through chopper of indian army which landed at at Kyongsa Sports ground.

The Family members of deceased person received the body personal's dead body. Late Sharma aged 28 years was serving in the army under Mahar regiment (Infantry) and was posted at Jammu lost his life due to natural causes at an army hospital of Jammu yesterday. He is survived by a month old daughter, wife and his parents.

The commandents who had accompanied the dead body and colligues from Mahar regimen today paid homage to late Sharma. It is informed that dead body will be cremated on Wednesday. 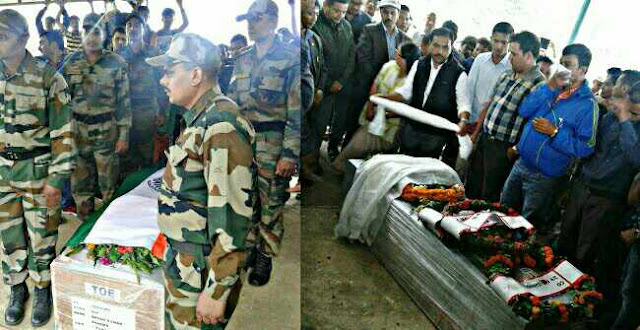