With more than 1.5 million passengers passing through Bagdogra Airport in 2016-17, it is all set to be declared a "Major Airport".

With chief minister Mamata Banerjee as the driving force, the Bengal government has managed to attract tourists to Darjeeling and the Dooars in droves. The traffic at Bagdogra airport has witnessed an exponential growth. Most importantly, the state government's decision to waive tax on aviation turbine fuel (ATF) at Bagdogra airport played a key role in increasing air traffic.

Because of the lower fuel price, many airlines want to come here to take the benefit of lower fuel cost.

Apart from a 40 per cent increase in passengers in 2016-17, the cargo load has also gone up by two per cent.

Usually, an airport gets declared as a major airport only when the passenger count crosses the 1.5 million mark, and the Bagdogra Airport has recorded passenger movement of 15,24,516 in the last fiscal.

Alapan Bandyopadhyay, Principal Secretary of the state transport department, said: "There are two main reasons for the increase in traffic at Bagdogra Airport.  The state government's decision to waive the sales tax on ATF played a key role. The Chief Minister personally effected this policy change. The other reason is more tourists visiting  Darjeeling and Dooars."

Once it becomes a major airport, the tariff will be fixed by Airports Economic Regulatory Authority of India (AERA). The tariff for airports with below 1.5 million passengers is fixed by the Airports Authority of India (AAI) in consultation with the Ministry of Civil Aviation. But once traffic crosses the 1.5 million mark, the tariff gets fixed by AERA. Besides, more manpower will be deployed at the aiport, which will help passengers.

These destinations too have become more popular with tourists. Earlier people used to come only for Sikkim.

Besides, people from north Bihar too use Bagdogra Airport instead of Patna. It takes around 10 hours from Patna Airport to Purnia in Bihar while it takes only 3 hours from Bagdogra."

At present, 22 flights operate every day from Bagdogra to Delhi, Kolkata, Mumbai and Guwahati. The number would go up with the introduction of night landing system. 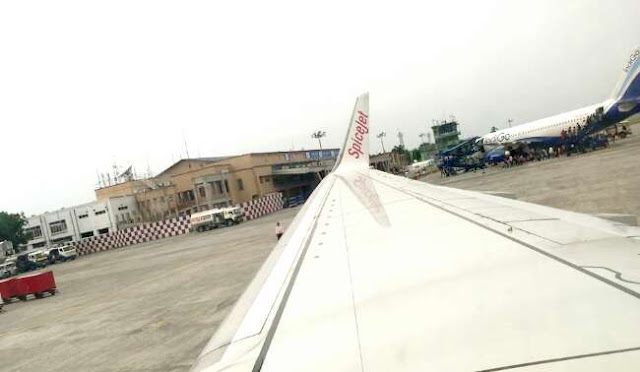