Security personnel reportedly arrested an Indian national in possession of 15 human skulls from Kakadbhitta of Mechinagar Municipality-6 on Monday night near the Nepal-India border point.

The suspect has been identified as Bhagirath Singh (66), a local resident of Khoribari Thana Gaursinghjor-6 in Darjeeling of West Bengal.

A joint team of Nepal Police and Armed Police Force had intercepted Singh and confiscated the skulls from his possession during a security check last night, said Jhapa District Police Office.

He had crossed the Nepal-Indian border and entered the Nepali side with the humans. 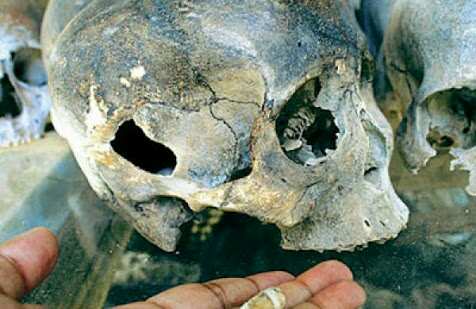