6 criminals loot family on Jewar-Bulandshahr highway in UP; 4 women in vehicle raped, one killed

- May 25, 2017
In a shocking incident in Gautam Budh Nagar’s Jewar district, a family was looted, one person was killed and women were allegedly raped, ANI reported on Thursday.
As per reports, the family was heading towards Bulandshahr from Jewar district and the incident took place on the Jewar-Bulandshahr highway in Greater Noida region of Uttar Pradesh on Thursday early morning.
Reports said that six criminals, who were involved in the crime, held the family hostage and allegedly molested and raped four women. They shot a family member dead as he tried to prevent them from committing the crime.
The deceased has reportedly been identified as Shakeel. According to reports, the incident took place around 1:30 AM on Thursday when the family was travelling to meet an ailing relative.
Meanwhile, the SSP and other police officials reached the spot and launched an investigation into the matter. Jewar MLA Thakur Dhirendra Singh also visited the hospital to meet the victims.
Some days back a similar incident was reported as 12 men allegedly raped a woman and her daughter at Dostpur village of Bulandshahr on Delhi-Kanpur highway near bypass when the family from Noida was from travelling to Shahjahanpur on National Highway 91. 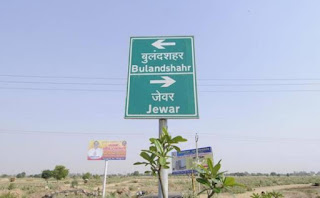