Anavi bagged gold medal and was awarded with best female fighter trophy and cash prize (This is her 4th gold medal) and Abhiraj bagged silver medal and is his second medal.

Both the kids had won medals earlier at National Championship at Bihar and were further selected for World Kickboxing Championship to be held this year at Bangkok.

As such they were also felicitated by the Kick Boxing Association, Siliguri for their selection at World Kickboxing Championship 2017. 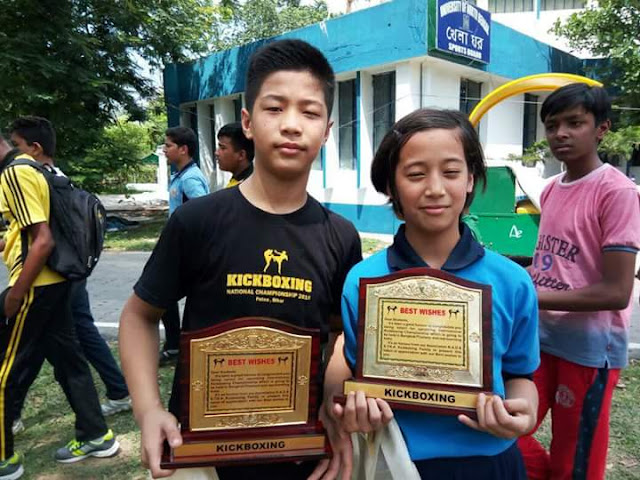 Guarded Fight Gear said…
I am truly impressed by the details which you have provided regarding boxing championship. It is an interesting article for me as well as for others. Thanks for sharing such articles here.
boxing gloves australia
23 June 2021 at 23:11

Gadget Portal said…
Hello, Nice post, I wish to say that this article is awesome, great written and includes almost all important info. I like to look Martial Arts for Children more posts like this. Please visit my website automation central.co.NZ. Best Digital Marketing Agency Auckland service provider.
1 January 2022 at 05:02