An angry mob alleged attacked shops and establishment's with stones at Alupatty and Venus More prompting them to pull down shutters.

Barricades were set up by police on all four sides stopping traffic to enter Venus More. The matter was cooled down when police intervened and said will investigate into the matter.

No info on if anyone has been arrested. Though situation is normal now, but as precaution we request readers to enjoy the holiday and avoid travelling to the areas that were tensed a while ago.

Info gathered by speaking to locals at Venus more by our sources. 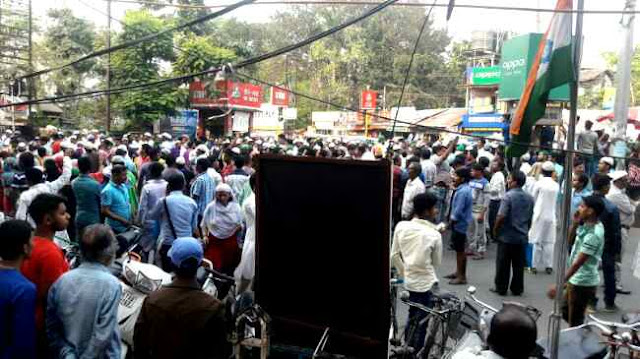