A truck laden with Manipur cannabis (ganja Marijuana) was heading towards Kolkata from Manipur. Officials of Bidhannagar Police Commissionerate arrested the truck driver on Saturday while he was having his breakfast at the Siliguri-Kolkata highway.

The marijuana was hid under a secret compartment of the truck built underneath it and on the top portion of the trucks cabin.

Police later informed that the cannabis seized were worth more than Rs seven crore.

The cannabis today caught were wrapped in 47 plastic packets weighing 1000 kgs.  Later the cannabis has been handed over to the customs department of Bangoan for legal action. 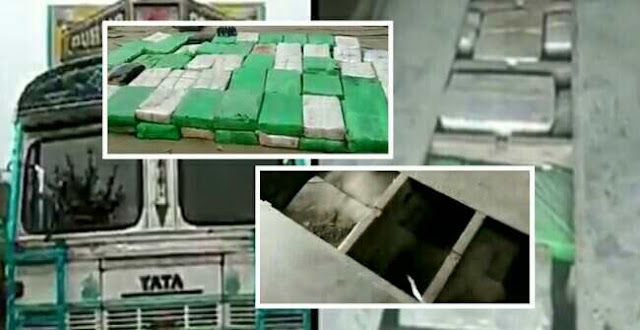 bcseeds said…
I am truly impressed by the details which you have provided regarding Buy Weed Online It is an interesting article for me as well as for others. Thanks for sharing such articles here.