According to police casualties could increase as 56 people were travelling in the ill fated bus.

The bus was on its way to Tiyuni in Uttrakhand when the accident occurred.

SHIMLA: In a major accident, 44 people were killed when a private bus rolled off the road and fell into Tons river in remote Nerwa area of Shimla district along the border of Sirmaur district in Himachal Pradesh. Police feared that casualties could increase as 56 people were travelling in the ill fated bus.

Shimla, SP, D W Negi said that private bus met with accident in the jurisdiction of Nerwa Police Station of Shimla district located close to the border of Sirmaur district. He said 56 passengers were travelling in the bus and casualties could increase. 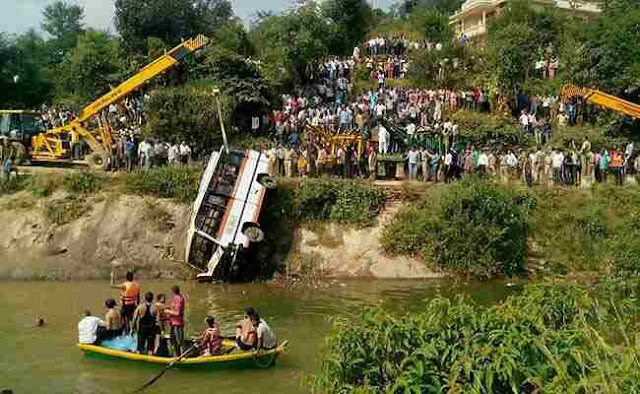 santorinitours24 said…
I wanted to thank you for this great Information and knowledge, I definitely loved every little bit of it. I have you bookmarked your web site to check out the latest stuff you post. Your blog is eye-catching. I get pleasure from it. Thanks for sharing this beautiful piece of writing with me, get more information at Santorini Private Tours for more Santorini Tours 24 related information and knowledge.