An Auto was hit by a Toto at Sevoke road which let to a fight between them. Police arrived at spot and took them to Bhaktinagar police station. Later seeing the poor Toto driver, the Auto driver forgave him. After this incident Autos and Totos were seen off road for sometime.

As per High court rules Totos are not allowed to ply on main roads. They can only ply on by-lanes.

The auto driver was also heard saying that Toto walas are too poor people, let them to earn a bit.

An officer from Bhaktinagar traffic police informed ILS about this incident. Pics sent by Rajat Mahato.

After this incident small such incidents reported in town. These are those people who want to make a small issue big and cause problems to everyone. 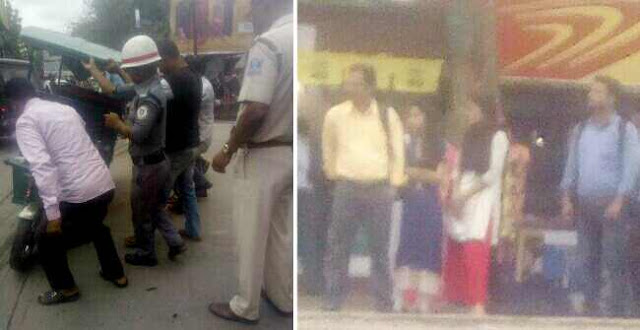