With the West Bengal State Election Commission releasing a press note regarding elections in 7 Urban Local Bodies in May, Darjeeling Hills is all set to witness a triangular fight in the Municipal elections.

Incidentally Darjeeling, Kurseong and Mirik municipalities in the Darjeeling district; Kalimpong municipality in the Kalimpong district; Raiganj in the Uttar Dinajpur district; Domkal in Murshidabad and Pujali municipality in South 24 Parganas will tentatively go to polls on May 14.  The official notification for the elections will be released on April 17. The date of counting has been fixed on May 17 and the entire process will be completed by May 19.

"The Model Code of Conduct will come into force with immediate effect. Expressing his 'apprehension' over the law and order situation in Hills, state Election Commissioner AK Singh said that the central force could be deployed to ensure a better security during the polls. The Darjeeling, Kurseong, Mirik and Kalimpong municipalities are expected to witness a triangular fight between the Trinamool Congress, Jan Andolan Party (JAP) and the Gorkha Janmukti Morcha (GJM) The Gorkha National Liberation Front (GNLF) might forge an alliance with the TMC, feel political observers.

In the last Assembly elections TMC, JAP and GNLF had forged an alliance in the Hills. The coalition had managed to make a sizeable dent in the GJM's support base with the GJM's winning margin dipping down by around 50%. This time, however, JAP has decided to go at it alone.

Incidentally, Chettri is the vice-president of the NBDC which is chaired by Goutam Deb.

The TMC, meanwhile, has launched a campaign against both the GJM run GTA and the Municipalities alleging widespread corruption and failures. 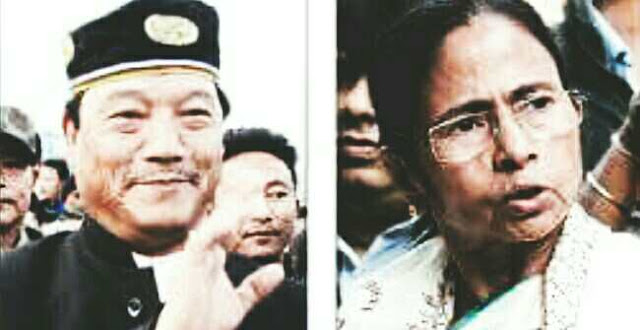