Tibetan refugees to get Indian passports

Tibetan refugees born in India during 1950-87 will soon be able to get Indian passports, according to a new policy by the Centre.

The ministry of external affairs (MEA) accepted a Delhi high court ruling from last year that had asked for Tibetan refugees to be considered Indian citizens. The government informed Justice Sanjeev Sachdeva that it has accepted his September 2016 verdict that nationality of Tibetans, born in India during the specific period, cannot be questioned under the Citizenship Act.
The policy change came into effect from March 2017 and is expected to benefit thousands of Tibetans living in India in forced exile.

The MEA directed all passport offices in India and abroad to process pending applications of Tibetan Refugee applicants born in India between 26/01/1950 to 01/07/1987 for the issue of passports, and treat them as Indian citizens by birth.

Latest rules also specify that if the police verification report in the cases of such applicants from local police or security agencies of the government is received as "adverse" because the refugee is not an Indian citizen by birth, it will be treated by the authorities as "cleared."

Earlier the home ministry had argued that it considers requests for citizenship by Tibetans residing in India on a case-by-case basis, but the HC ordered it to consider applications of all Tibetans and not ask them to certify their nationality. Till then the MHA was issuing identity certificate/ residential permit instead of passports to the Tibetan Refugees.

With MEA issuing new rules, HC declared five petitioners before it to be Indian citizens and entitled to a passport, asking the government to issue them travel documents in four weeks. The petitioners had gone to court arguing they were wrongly denied passports despite having other proofs of citizenship including voter ID cards. 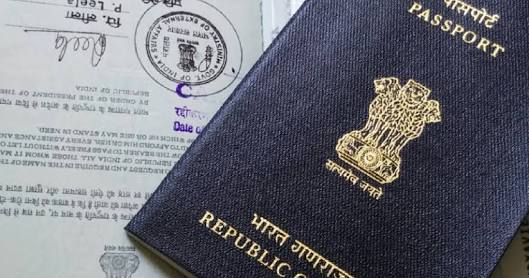