Recently cuts and silhouettes inspired from the North East have begun to be very popular on the Indian fashion circuits and some of the styles have also been represented by International designers.

If you are a lover of culture and anthropological practices then lets have a look on history of Nepali speaking community GORKHAS of North-East India.

Since from the early 19th century Gorkhas have been living in different parts  of North-East India sharing its prosperity and Love among all tribes and community with and all under one roof.

Despite its stunning beauty and proud history, their rich  culture and tradition really pretty enough  that cant be described in one word.

This Beautifull girl from the ethnic GORKHA community of India (Arunachal Pradesh) was all decked up in her traditional garb with Chowbandi cholo (blouse) potey (necklace) and on saree. The crown she's wearing is made of Golds  - named as #Sirbandi 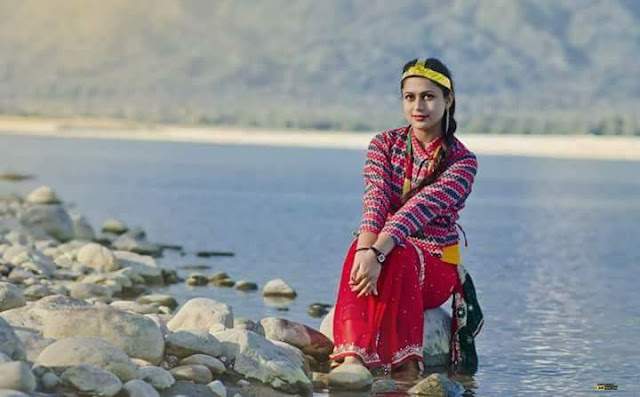