The Indian government has decided to send a team of hydrology experts this month to Sikkim for inspecting eight dams built on the Teesta river.

The river originates in the Indian state.

The date of the team's visit would be finalised soon, highly-placed sources told The Daily Star last night. The experts would be accompanied by officials from the federal Indian and West Bengal governments.

The experts would have a first-hand survey of the dams and ascertain the availability of water during the current lean season. Later, the team would submit a report to the federal Indian government, the sources added.

A meeting was held between the Indian PM's Principal Secretary Nripendranath Mishra and West Bengal Home Secretary Malay Dey in New Delhi on April 6, a day before West Bengal Chief Minister Mamata Banerjee reached Delhi for talks with Modi and Hasina on the Teesta issue.

After talks, Mamata told the media that she had conveyed to the two PMs that due to withdrawal of Teesta water for power generation in upstream Sikkim, the availability of water in the river in West Bengal has gone down, posing a challenge to irrigation, drinking water and power generation in her state.

Sources said if enhanced water flow could be ensured and water level normalised in the West Bengal part of the Teesta, the Mamata government may be willing to consider the treaty with Bangladesh.

The experts' team would find out how much water was being used in that state for power generation and the water level at a given point of time in the dams and would explore ways to reform the dams in a bid to rationalise the use of water for generating electricity, the sources said.

At a joint news conference with Hasina at the Hyderabad House on April 8, Modi had said that his government and the Hasina dispensation in Bangladesh “can and will find a solution to the Teesta issue.”

For her part, Hasina, on the final day of her four-day visit to India on Monday, had said that if Teesta treaty was signed, it would transform relations between India and Bangladesh. 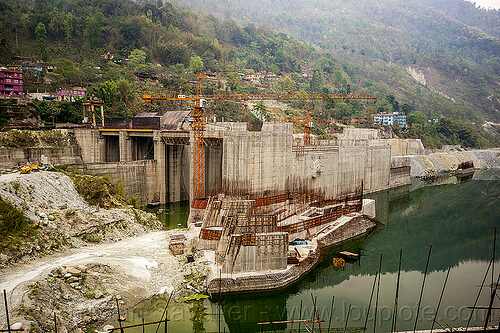