The most awaited league in North Bengal, The Siliguri Premier League has released their fixture today at Royal Sarovar Hotel Siliguri.

The league will kick off on 30th April 2017 in a home and away format which will last for 21 days. the five participating teams are 1.Kanchenjunga FC, 2. Royal FC, 3. Amukta Pariwar, 4. Madhur Milan Sangh, 5. Baghajatin AC.

The Top two teams with the highest points from League matches will play the final for the championship on the 21st of May 2017.

Along with the representatives of the participating clubs, the guests present were Mr. Pyarey Singh a businessman from Siliguri and a stern supporter of the sport in the region. He is also the father of former East Bengal player Manjit Singh.

Talking about the tournament, Mr. Bhutia said, "This is a very good initiative which will bring professionalism in the sport and as a member of the Kalimpong sports Association, we will provide full support throughout the tournament."

Mr. Singh expressed similar thought regarding the tournament and said, "SPL will promote football in the region." He further added, "The players from the region need to be more disciplined and bring in more professional attitude."

Former Star striker from the region and the present Kanchenjunga FC coach Dinker proposed to the committee to keep a check on the players and to stop the players from Hopping clubs mid-season. He also suggested that any player wishing to play for another team has to get a written approval from the team management.

Finally Mr. Mahendra Subba, SPL president concluded the meeting stating, "It took us a long time to bring SPL into existence but we are happy that we are finally there and we all are expecting complete support from all the football fraternity in the region.

Mr. Subba further added, "I expect SPL to grow bigger and better in the future." 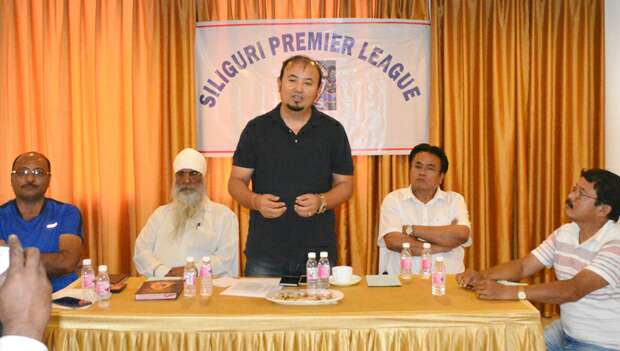