The engaging and enabling climate of good governance prevalent in Sikkim for sustainable human development has allowed our Rural Local Bodies to grow from strength to strength.

Thus, strengthening the cause of good governance and also lending continuity to the tradition of bringing laurels for the State, this year too, Rural Management & Development Department, Government of Sikkim has bagged five (5) National Awards for the  Appraisal year 2015-16 viz: the “Deen Dayal Upadhayay Panchayat Sashaktiran Puraskar” at Gram Panchayat Unit Level, one (1) National Award Rashtriya Gaurav Gram Sabha Puraskar 2017  with the new nomenclature  as “Nanaji Deshmukh Rashtriya Gaurav Gram Sabha Puraskar” at Zilla Panchayat level and one (1) National Award for e-Puraskar at the State level bringing the total tally of National Awards to five (5) for the appraisal year 2015-16.

The awards are  indicators of Sikkim doing exemplary work under Panchayati Raj which has been achieved due to devolution of Power to the Panchayats and the constant support by the State Government. The awards and accolades received by the State at various forum have been possible due to the climate of good governance and vibrant local self government as envisaged by the Hon’ble Chief Minister of Sikkim Shri Pawan Chamling. 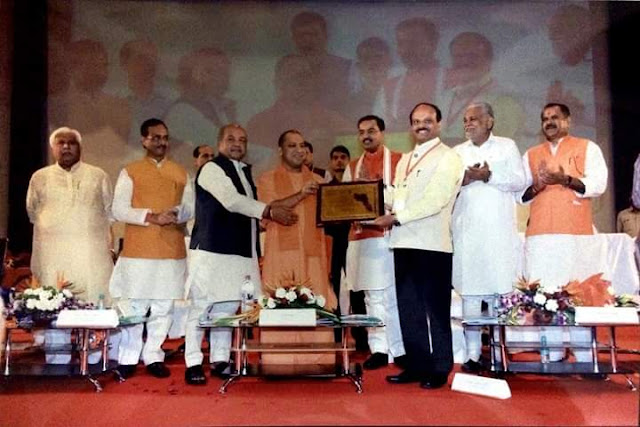