Prime Minister Narendra Modi and his Australian counterpart Malcm Turnbull took a ride in Delhi Metro from Mandi House station to Akshardham temple.  “On board the Delhi Metro with PM @TurnbullMalcolm. We are heading to the Akshardham Temple,” Modi tweeted with a picture where Turnbull is seen taking a selfie with him.

Turnbull also tweeted “With @narendramodi on the Delhi Metro Blue Line - 212 kms & 159 stations since 2002.”  The Australian prime minister arrived in New Delhi on Sunday on a four-day visit to the country. 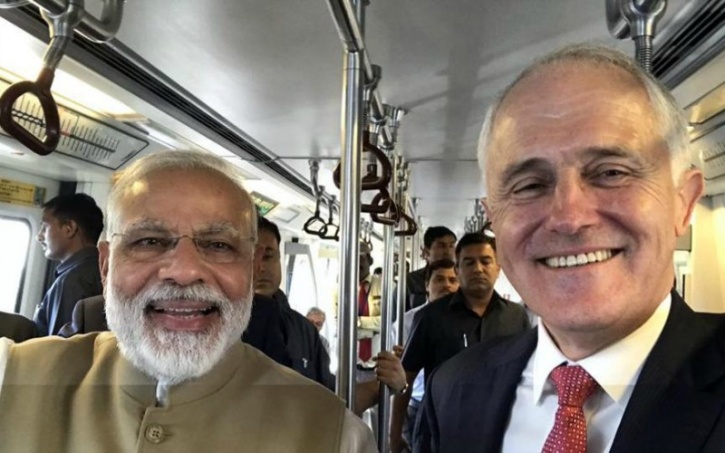 India and Australia agreed on Monday to revive stalled talks on a bilateral trade deal but Turnbull conceded that chances of an early breakthrough were slim.