He's more widely known as the RAMBO GURKHA soldier by now and he is also officially a Pride of Britain. Gurkha hero Dip Prasad Pun who saved the lives of three men as well as his own during sentry duty in Helmand Province in Afghanistan was awarded with the prestigious Pride of Britain award by Myleen Klass and Andrew Flintoff in London just few months ago.

When on-stage, Sergeant Pun responded with a humble answer upon receiving his award by saying ''I didn't think about it at all. I just did what I had to do. It was very exciting."

About Pride of Britain Awards

The Mirror's Pride of Britain Awards in partnership with TSB, celebrate the achievements of truly remarkable people who make our world a better place. Screened on ITV in November, it is the biggest awards show of its kind on British TV.

Nominated by the public, the winners are from all walks of life, of all ages, and from all over the country. Their achievements are awe-inspiring and a lesson to us all. They say they are ordinary people, but their acts are truly extraordinary.

Since the first Pride of Britain in 1999, royalty, prime ministers, and hundreds of leading figures from showbusiness, sport, politics and the arts have all taken part. Hosted by Carol Vorderman, the Awards attract an audience of around five million viewers every year in a primetime slot on ITV - making it the highest rated awards show of its kind on British television.

Our winners come from tens of thousands of public nominations and stories of remarkable individuals discovered by our team of researchers.

They are whittled down to a shortlist from which our judging panel, made up of celebrated figures in national life, chooses the winners.

They will be honoured at the glittering Pride of Britain Awards ceremony at the Grosvenor House in London.

The 2017 Pride of Britain Awards will be screened on ITV on Tuesday 31st October. 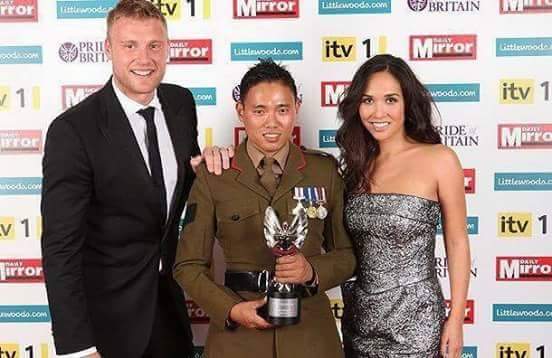