A one-horned male rhinoceros was killed in the Chitwan National Park, which had witnessed zero rhino poaching for nearly three years. The body was found today morning at Hariyali Community Forest in Jagatpur of the buffer zone of CNP.

Chief Conservation Officer Ram Chandra Kandel at CNP said that a sharp shooter, suspected to be one of the 100 absconding rhino poaching convicts, has shot the  rhino bull  with a rifle on Friday night.

Kandel further added that poachers have cut the horn of the animal with an axe, the shaft of which was found  into two pieces at the incident site. They have also taken the tail.

Last year five rhinoceros were taken to the Bardiya National Park, located at the mid western region of the country.

This year ,  the process of transferring 5 rhinos to Shuklaphanta National Park was in the offing.

Since May 3, 2014, there was no any incident of rhino poaching thanks to the modern and scientific security mechanism that the CNP embraced for the wildlife conservation.

During the decade-long Maoist insurgency, the highest number of one-horned rhinos had been poached. The CNP records show that as many as 37 rhinos lost their life at the hands of poachers in the fiscal year 2001/02 alone.

A four-layer security strategy, which includes mobilisation of Nepal Army, Nepal Police, National Park rangers  and networks of local people assigned to inform law enforcement agencies about any criminal activities — has been implemented to control poaching of the wild animals.

Earlier, it was reported that increased cooperation among the CNP staff, Nepal Army and Nepal Police had helped to achieve the zero poaching.

More than 600 rhinos dwell in Chitwan, according to the 2015 rhino census. The previous census in 2011 had shown that there were 503 rhinos in Chitwan National Park and adjoining areas. 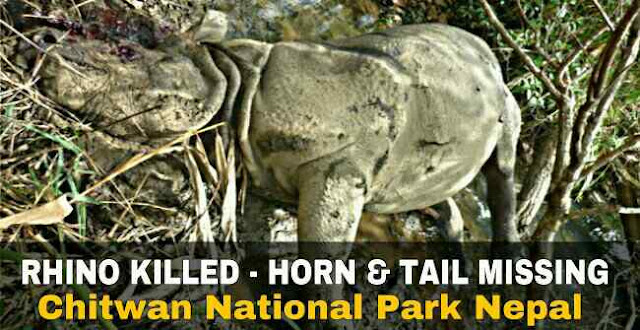 Today a rhino found dead without horn & tail in Chitwan National Park Nepal. This is the first rhino poaching since May 2, 2014 in CNP. 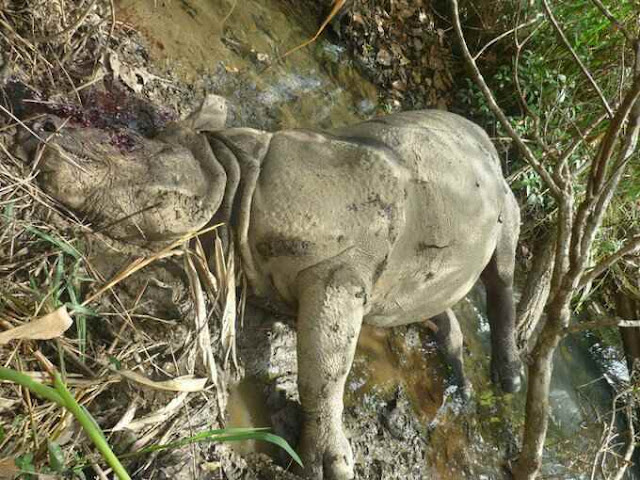