The 62nd Railway Week (Zonal Level) Awards Ceremony was held at Rang Bhawan in Maligaon here today, a press release said. This celebration is also held throughout the country to mark the anniversary of running of the first passenger train in India from Bori Bunder in Mumbai to Thane – a distance of 34 km – on April 16, 1853.

Altogether 184 individual awards, 31 Group Awards, 27 Efficiency Shields were distributed for outstanding performance during last year. The Railway Week Awards have been instituted to recognize the efforts and endeavour of railway employees in efficient and dedicated discharge of their duties.

In his speech GM Chahatey Ram highlighted the role being played by NF Railway for overall economic development of the entire NE region.

He also appreciated the hard work being done by its employees in this regard. During the last financial year 124 kms of gauge conversion and 56 kms of new line work was completed.

During the year 2016-17, 28 new train services have been introduced and services of 10 trains extended in NF Railway.

For the first time a tourist special train was also run between Kamakhya to Puri and back. Originating passenger traffic increased by 6.52%, which is highest in Indian Railways.

Earnings from passenger increased by 3.79% to 1043.17 crore.   Goods earnings have also increased to 1706.85 crore, an increase of 9.50% in comparison to last year.  813 numbers bio-toilets have been fitted in coaches and 122 un-manned level crossing gates have been closed down during last year. During the programme General Manager also facilitated those officials who got award at the National level for outstanding performance.

The overall Efficiency Shield for the last financial year went to Katihar Division of for its all-round performances. 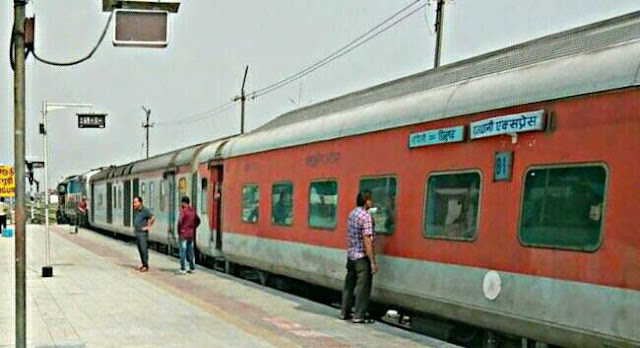