With enhanced watch on the Bengal border, smugglers have found an alternative route through Myanmar and Mizoram to get gold into Kolkata. Since January this year, Department of Revenue Intelligence (DRI) has seized around 80kg Myanmar-marked gold worth Rs 24 crore. The haul was close to the entire amount seized last year.

On Friday, DRI seized 21.5kg gold from Siliguri, also being routed from Myanmar. The DRI team, acting on a tip-off that said a large consignment of gold had entered through the Myanmar-Mizoram border and was heading towards Kolkata, had intercepted the carriers at Siliguri. The team recovered 79 pieces of gold bars. With all of the bars having a purity of 24 carat, the total value of the recovered metal is pegged at Rs 6.57 crore.

Earlier in January, the DRI officials seized 28kg gold from carriers who were putting up at a city hotel and Howrah Station. The accused had smuggled in gold through Manipur.

The sudden spurt in smuggling of gold has been prompted by its demand in the post-demonetisation phase, feel industry insiders. "While most of the gold brought via the Dubai route has 22 carat purity, the metal that is smuggled through the Myanmar route is of 24 carat purity," said a jeweller. 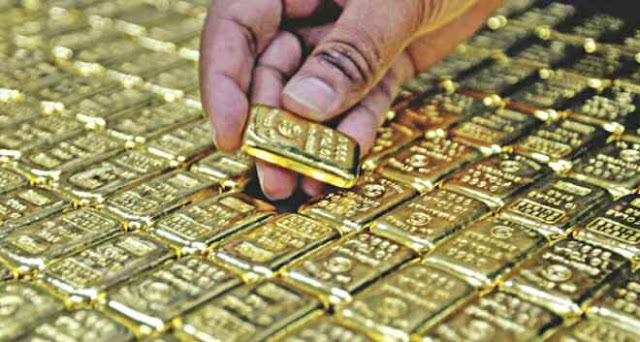