India to build 131-km diesel & gas pipeline to Bangladesh  Dhirendra Kumar |  13 April 2017 10:38 PM |  New Delhi In a move aimed at strengthening the ties with Bangladesh, the government has decided to build pipelines to carry diesel and natural gas to the neighbouring country. According to the Centre's plan, the government would build a 131-km pipeline from Siliguri in West Bengal to Parbatipur in northern Bangladesh to transport diesel and cost of the pipeline laying would be borne by India. Similarly, the both the countries have agreed for the construction of another line from Dattapulia in West Bengal to transport natural gas to Khulna, which is the third-largest city in Bangladesh. Talking to reporters on Thursday, Oil and Natural Gas Secretary KD Tripathi said that the pipelines are part of a non-binding framework of understanding (FoU) which India will enter into with Bangladesh for cooperation in the hydrocarbon sector. Adding further, Tripathi said, "The Cabinet had on Wednesday approved the signing of the agreement to establish an institutional framework mechanism for facilitating and enhancing India-Bangladesh bilateral cooperation in the hydrocarbon sector." "It's a part of the cooperation that India is planning to set up a liquefied natural gas (LNG) import terminal in Bangladesh and supply diesel from Numaligarh Refineries and selling of LPG," he said. Present on the occasion, Joint Secretary (International Cooperation) Sunjay Sudhir said that Prime Minister Narendra Modi and his Bangladesh counterpart Sheikh Hasina have signed a 15-year agreement to supply diesel to Bangladesh during his visit to the neighbouring country. Giving details of the agreement, the official said, "Diesel will be supplied through trains. Initially, one rake containing about 2,200 tonne fuel would be transported from Numaligarh Refinery's Siliguri terminal to Parbitipur depot of Bangladesh Petroleum Corp (BPC)." According to the official, the Centre would start the movement of fuel from July onwards. "Till July, one rake per month will be moved and thereafter two rakes of diesel would be transported to Bangladesh every month by travelling some 516 km — 253 km in India and 263 km in Bangladesh." The cost of laying the Indo-Bangla friendship pipeline from Siliguri to Parbatipur would the responsibility of India. The pipeline would have a carrying capacity of 1 million tonne of fuel in a year. According to the proposal, LNG would be imported at the under- construction Dharma terminal in Odisha and gas transported through pipeline up to Dattapulia in West Bengal and a 70-km pipeline will be laid to Khulna for moving the gas. Commenting on the agreement, the Oil Secretary said, "A MoU to set up a Rs 5,000 crore LNG import terminal at Kutubdia islands in Bangladesh was signed during the PM visit." The Oil Secretary further said that the government has decided to incentivise the growth in local content in goods and services while implementing oil and gas projects in India through a policy for providing purchase preference to the manufacturers/services providers who meet the local targets in oil and gas business activities. "The service providers who meet the local content targets and whose quoted price is within 10 per cent of lowest valid price bid, would be eligible for 10 per cent purchase preference for a stipulated portion of the purchase order, on matching such price," Triphati said. 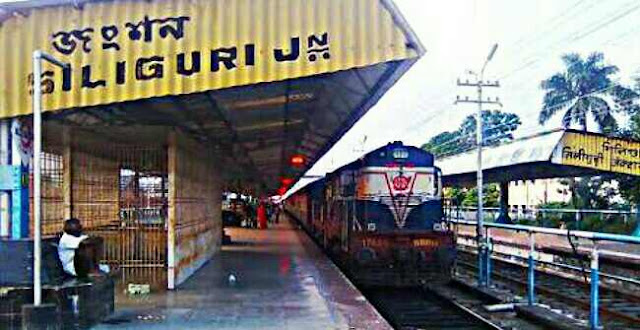