While West Bengal chief minister Mamata Banerjee is engaged in arm-twisting tactics with New Delhi and Dhaka over the sharing of Teesta river water, resistance to construct a State-sponsored tourist hub on a ‘holy’ hill has turned into a focal point of the Gorkhaland statehood movement.

Residents of Darjeeling and neighbouring Sikkim are up in arms against the proposed tourist hub, not only because of religious sensitivity but due to heavy construction in the Senchal Wildlife Sanctuary – one of India’s oldest protected forests. The construction work is a direct violation of the green norms.

The State government is going ahead with the construction of four big cottages, 20 double bedroom houses and a 20-bed dormitory atop the forested hill.

Locals believe anyone who has tried to mess with the mystical mountain has faced the music. “Tiger Hill is the anglicised name of Sinchel or Singchel, which is derived from Singha  (lion), the ‘vahan’ of Singha Devi Maata, the presiding deity of the hill. Legend has it that when the British killed a swan couple in the hills holy lake, they were obliterated from their barracks built atop the hill. Later, a man named Dhanay Sarki stole a bell and some bronze utensils from the shrine and sold them to another man, Sang Dukpa. Both men died unnatural deaths. Since then, people believe no one should disturb the peace of the hill,” narrates Rinchu.

Subhash Ghising, chief of Darjeeling Gorkha Hill Council (DGHC) -- precursor to Gorkha Territorial Administration (GTA) -- had proposed to build a golf course on the hill but had to stall the proposal due to stiff local resistance. Many locals believe his political downfall was a result of his attempts to push the project.

Whether religious or environmental concerns, heavy construction atop the hill has led to large-scale mobilisation of people against it. Civil society and students’ organisations have held protests across the region in an attempt to build public awareness against the project.

Jumping into the fray, Gorkha Janamukti Morcha president, GTA chief and Mamata Banerjee’s bête noire Bimal Gurung has written a letter to the West Bengal chief minister on March 30 stating that no non-forestry work can be commissioned in Senchal Wildlife Sanctuary without requisite permission of local forest authorities, as per the Forest Conservation Act, 1980. 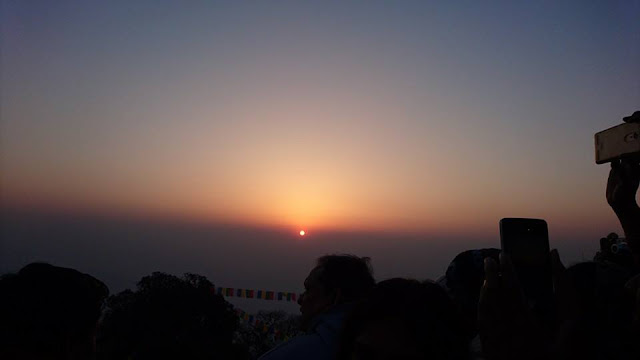