At least 3000 tourists visiting Nathula border and Changu lake in East Sikkim were stranded for hours as heavy hailstorm and snowfall blocked the road to Gangtok on Monday.

The tourists were coming back to Gangtok after visiting the spots when heaps of snow made the road inaccessible.

Local army units gave shelter to the tourists and provided food and heating.
The hailstones also damaged standing crops and uprooted trees in various parts of Sikkim. The NH10 connecting Sikkim with Siliguri was blocked for several hours. 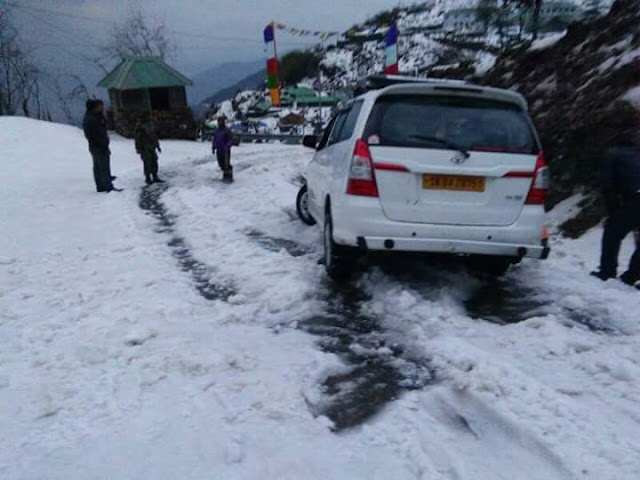 Limitless Snow Removal said…
Excellent post. I really enjoy reading and also appreciate your work.snow removal richmond This concept is a good way to enhance knowledge. Keep sharing this kind of articles, Thank you.
27 April 2021 at 22:40