Good Friday: Significance, date, history and everything you need to know

Good Friday marks the crucifixion of Jesus Christ. In 33 AD, Jesus Christ was crucified for the sake of humanity and it marks the victory of good over evil. Christians believe that Christ who was considered the bridge between human and god bore the punishment on behalf of the sinful human race. Gospels states that Judas, a disciple of Jesus betrayed him and led the arrest for a monetary payoff. Christ was accused of blasphemy and was sentenced to death. The next day Jesus was crucified with two criminals, tortured and died some six hours later. It is also said that all his disciples abandoned him in his hour of need. Ever after his death a soldier jabbed a spear up through his chest to confirm that he was dead.

Why it is called Good Friday?

If Good Friday is the day when Jesus Christ was crucified then why is it called ‘Good Friday’? There are several theories associated with the name. Some believe that the word good used here indicates ‘Holy’. While others say in several ancient texts the word ‘God’ has been replaced with ‘Good’. But the Oxford English Dictionary believes Good Friday indicates Holy Friday.

How it is observed?

All the rituals are carried with a feeling of sorrow. People spend the day in fast, prayers, meditation and remembrance of Jesus Christ. Churches keep a piece of wood that depicts the shape of a cross, similar to the one on which Christ died. Also on the day the church bells are not rung. People wear black on the day that depicts the image of dead Jesus.

Ireland: Though it is not an official or public holiday, banks and public institutions remains closed. It is prohibited to sell alcohol on this day.

India: Good Friday is an official public holiday for Central and State government all over India. Stock markets remains closed. Christians here participate in parade and activities organised by churches. 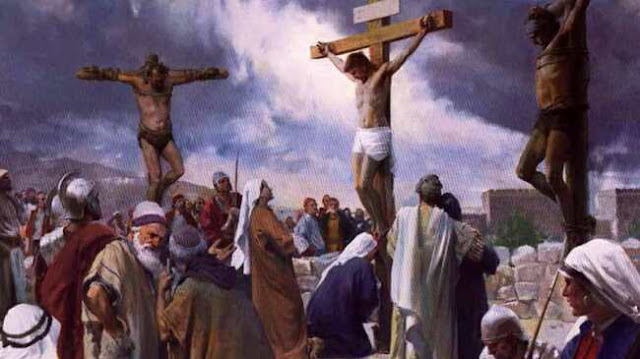