A special 5kg pack of handcrafted Darjeeling tea from iconic Makaibari tea estate in Kurseong has fetched the best ever price for any first flush tea at $302 (Rs 19363) a kilo at a private sale on April 26. The unique tea variety of 155-year-old iconic garden was bought by Makaibari Japan, an independent firm run by Yoko Ishi who exclusively buys Makaibari tea.

"This particular tea exhibited a high first flush quality of Darjeeling with a subtle underline tint of second flush muscatel. It can only happen once in a blue moon. Otherwise, prolonged drought followed by unusual rain had caused erratic sprouting in the gardens in early this year. Almost 80%-85% of the buds were gone. But I took a chance with the rest of 15%-20% of the bushes. I decided to hand-roll a very small quantity of leaves and it turned out to be a magical produce. It had a unique aroma of first flush along with a high-infusion quality of a second flush. It occurred in an amazing set of circumstances, which, I think, would never happen again," added Banerjee.

"We always expect the world's best tea from Makaibari. Its best produce always has a loyal following among our Japanese customers," said Ishi of Makaibari Japan.

Among this season's announced first flush figures (both in auction and private sales) so far, 20kg of tea from Badamtam estate of Goodricke Groupgot the last best price in Kolkata at Rs 12,900 per kg in March. The tea was sold privately through J Thomas and Company, the largest tea broker in the world, to Raghunath Exports Company, primarily for a French buyer.

On average, Makaibari produces one lakh kg tea a year, which dipped to 90,000 kg last year. "But it should be better this year. We have got 13,000 kg first flush tea so far," Rudra Chatterjee, executive director of city-based Luxmi Tea, which currently owns Makaibari tea estate, told TOI. In the pan-India auction this year, Darjeeling tea is commanding an average price range of around Rs 970-1050 a kilo. For Makaibari, it is around Rs 3,000 a kilo.

"It is a good achievement for us. Early this year, the weather was bad, but we are getting a series of an exceptional quality of first flush leaves now," added Chatterjee.

S S Bagaria, former chairman of Darjeeling Tea Association, said, "An excellent Darjeeling first flush can fetch up to Rs 5,000 a kg. If some estate is getting near Rs 20,000 a kg, then it has to be really good. But, this is possible only for a limited quantity of tea of a few gardens only."

On how he comes up with such a good quality tea on a regular basis, Banerjee, a fourth-generation owner of Makaibari before he sold it to Luxmi Tea early last year, said: "It is the magic of Makaibari, which paved the way for holding most of the earlier records as well."

In September 2014, TOI was the first to report that a special lot of handcrafted second flush tea from Makaibari was sold for $1850 (around Rs 1.11 lakh) a kilo, which remains the most expensive Indian tea ever sold so far. Three buyers from the UK, the US and Japan bought 20 kilos of this silver-tips imperial organic tea. For the end-buyers, this tea would have cost nothing less than Rs 700 a cup if brewed at home. Another batch of Makaibari tea was the record holder at Beijing Tea Auctions in 2006, where it sold for $1800 a kilo, and at a Kolkata auction in 2003, its one lot sold for $450 a kg.

According to Bagaria, the tea connoisseurs of the UK and Japan generally prefer second flush, while Europe picks first flush for their cuppa. First flush tea, comprising a pair of delicate and tender leaves and a bud, is plucked through early February days to April. It gives a light, floral and fruity flavour and thus becomes the most expensive. 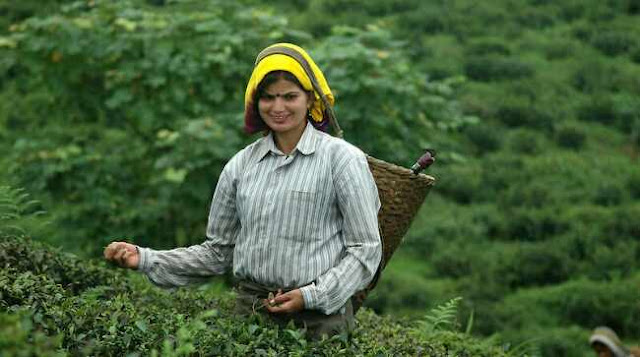