A major violence has erupted at Alupatty and Venus More area of Siliguri on Hill Cart Road a while ago.

All shops at Venus More have been closed after some miscreants started stone pelting on the shops.

When ILS called a shop owner at Venus More he informed us that there was stone pelting all of a sudden and they have closed their shops and hiding inside.

Situation seems tensed and volatile. Barricades have been put and people from particular community shouting slogans and traffic being diverted. Avoid Alupatty and Venus More area.

Update: Our reader on spot says some bones and skull were missing from burrial grounds after which this violence started. We cannot assertain if any damages have been occurred at this moment.

People are now normal after police has taken charge. But we still request all to avoid heading to Venus More or Alupatty area today unless it's very important. 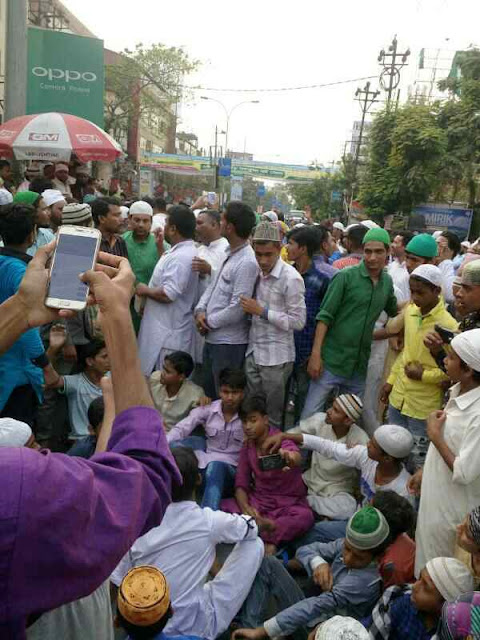