In  an attempt  to expand the mass base of saffron party in the eastern region  BJP chief Amit  Shah will embark on a three-day  visit to West Bengal starting from April 25.

Shah will kick start his visit from Siliguri.  During his three day visit shah will take the stock of political situation in the state where BJP is facing tough challenge from the ruling party TMC.

Shah will discuss and finalise the strategy for upcoming panchayat elections where BJP does not have significant political ground.  Along with party president union minister VK Singh will be inaugurating the passport seva kendra for north Bengal in the month of April.

According to media reports published in Indian Express, senior party leader said that people of West Bengal are supporting the policies of BJP but unfortunately party does not have booth level penetration as the Trinamool Congress and Left have. He further noted that Shah’s three day visit will change the organisational dynamics of the state BJP.

Slamming chief minister Mamta Banerjee for poor law and order in the state a state committee BJP leader said, “The state is completely divided on religious lines. This is not the BJP’s doing, but the result of decades of Muslim appeasement, first by the Left and now Mamata Banerjee. 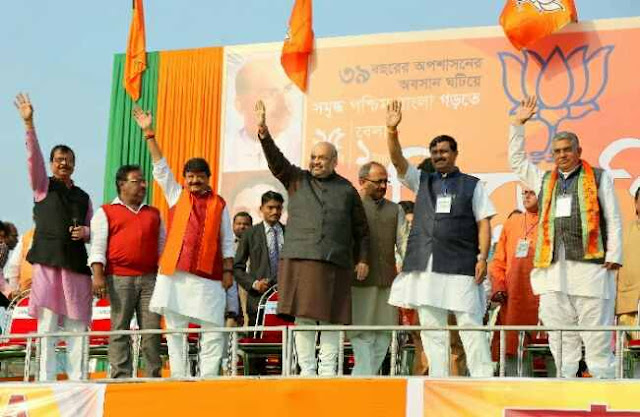