Airports in Kolkata and Bagdogra will be a lot busier this summer than earlier as the regulator, DGCA, gave the nod for a bevy of flights to Bengal's twin airports. Kolkata will add at least 11 more flights by May and Bagdogra six.

Though airlines have been granted many more slots till September, they are subject to availability of aircraft. All Indian carriers are set to augment their fleet as Airbus Industrie and Boeing Co delivers the orders placed with it and some carriers, such as Air India, take more planes on lease. Air Asia India will be the new addition to the airlines that will start services between Kolkata and Delhi and Ranchi from Poila Baisakh, the Bengali new year on April 15. Its Bagdogra flights will start later.

"We are prepared for the additional flights and augmenting the facilities at the airport. In-line baggage will be operational by July-August. Retail, which has begun, will be fully operational in two months, so will the new food court next to Biswa Bangla and the more spacious duty-free facility," said Kolkata airport director Atul Dikshit.

IndiGo, the largest airline operating out of Kolkata with 78 departures a day, will add six daily flights, including one to Srinagar from April 15. This will take its departure count to 84, with more lined up. Jet Airways will add at least two more flights— to Mumbai and Lucknow—taking its departures to 29. The carrier is also set to replace its ageing ATR-72 fleet with Boeing 737-800 aircraft. SpiceJet will start a service to Dhaka and to Silchar, taking the departure number to 24. Vistara will add a new flight to Pune, logging seven departures, while Air India, which has 23 departures, will add two flights to Bengaluru and Ranchi.

The Bagdogra airport, already bursting at the seams, has to content with four more flights, including three to Delhi and one to Mumbai. While Jet Airways has introduced the Mumbai service, IndiGo, SpiceJet and GoAir will get one more frequency to Delhi each. This will take the daily Delhi-Bagdogra services to 13. "The hills, forests and tea estates in Darjeeling, Sikkim and the Dooars are drawing Western tourists in big numbers. Every airline is keen to operate more Bagdogra-Delhi flights," said Badgogra airport director Rakesh Sahay. With the terminal operating beyond its capacity, tackling flyers will be tough. AAI has urged airlines to operate before noon or after 4pm. 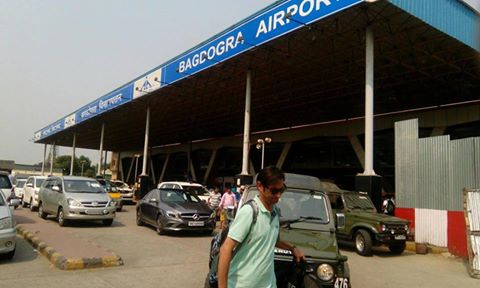