'Operation Meghdoot', the code-name for an Indian Armed Forces operation, was launched 33 years back this very day.

Launched in 1984 to capture the Siachen Glacier in the Jammu and Kashmir, precipitating the Siachen conflict, this military operation was unique as the first assault launched at the world's highest battlefield.

After 33 years of Operation Meghdoot, the Indian Army's longest deployment on strategically located Siachen Glacier continues, celebrating a saga of unmatched bravery, heroism, courage and sacrifice on the world's highest and coldest battlefield.

Siachen sits astride two disputed boundaries with Pakistan and China. It lies in the Karakoram Range in the North West India. Siachen Glacier is 76.4 km long and covers about 10,000 sq km uninhabited terrain.

In 1974, Pakistan started permitting mountaineering expeditions into Siachen Glacier. By the spring of 1983, it was clear that India needed to maintain a close watch on Siachen.

On this day, a Platoon of four Kumaon led by then Captain Sanjay Kulkarni planted the first Indian Flag on Siachen Glacier at Bilafond La which began Operation Meghdoot. 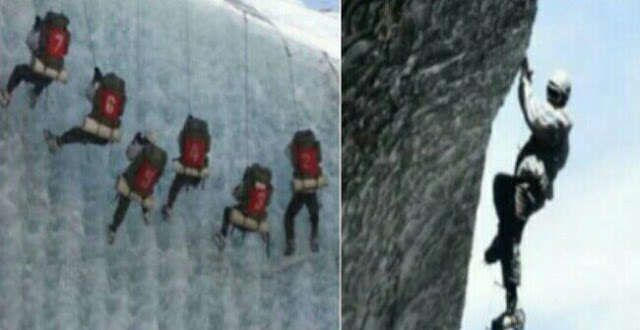 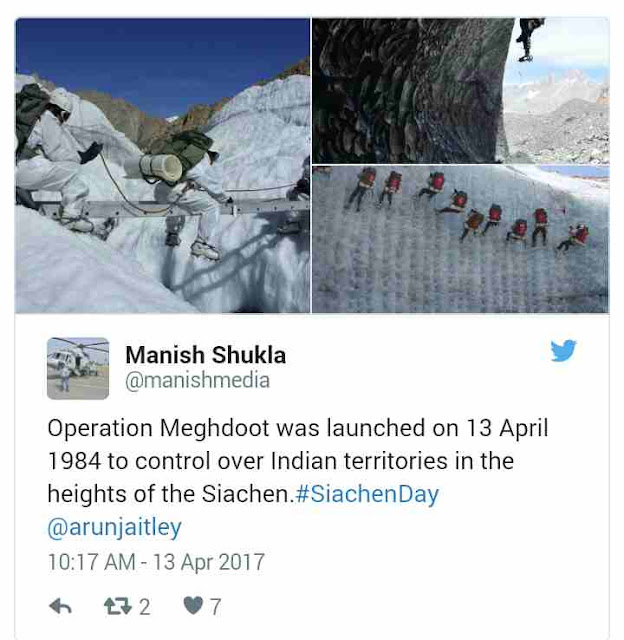 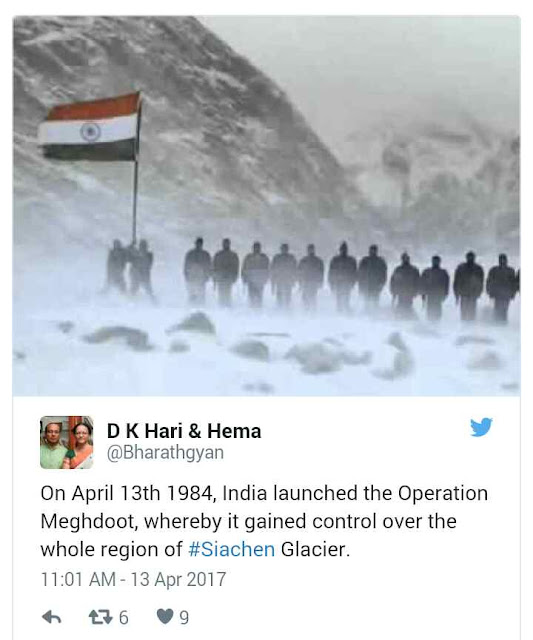 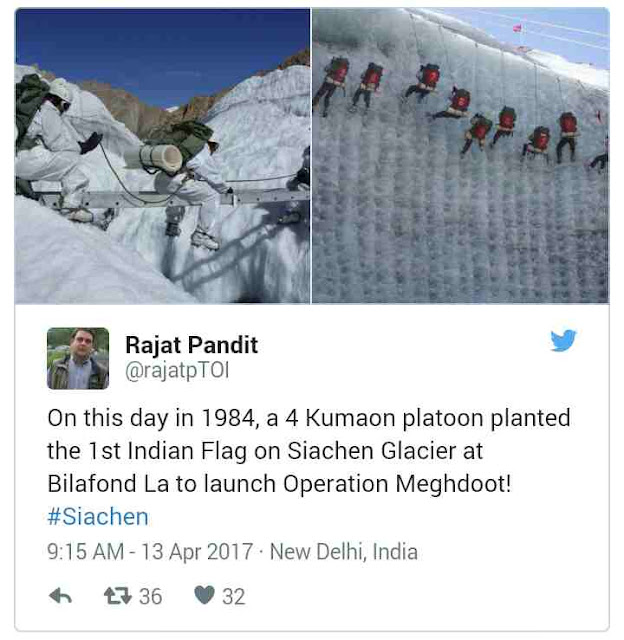 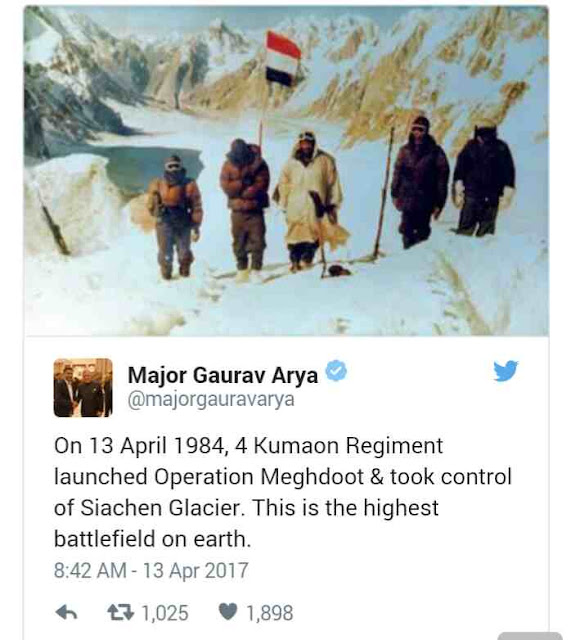