3 schoolboys drown in Teesta at Bangladesh

Three schoolboys drowned in separate incidents in Rangpur and Chapainawabganj districts on Friday.

In Rangpur, two schoolboys drowned in the Teesta River at Mohipur in Gangachhara upazila at noon.

The deceased were identified as Syed Anwarul Saif, 14, son of Syed Anwarul Hasin of Dhap area of Rangpur city, and Sumon Ahmed, 14, of Islambagh area in the city. They were Class-VIII students of Brighton School and College in the city.

Officer-in-charge of Gangachhara police station Zinnat Ali said a group of teachers and students of the school went to Mohipur in the morning to visit the Teesta River on the occasion of Pahela Baishakh.

Around 11:00am, some students went down to the river to have their bath. However, Anwarul and Sumon went missing.

The teachers and other students along with locals started searching for them.

At one stage, they managed to rescue Anwarul and Sumon from the river and took them to Rangpur Medical College Hospital where doctors declared them dead, added the OC.

In Chapainawabganj, a Class-IV student met his watery burial in the Mahananda River in Sadar upazila.

Mehedi Hasan, fireman of Chapainawabganj Fire Service and Civil Defence Station, said Abdur Rahman, 11, son of Ahsan Ali of Palpara village, went missing when he along with three other children was bathing in the river at Baroghoria around 11:30am.

On information, two divers of the fire service station rushed in and recovered the body of Rahman from Chamagram-Bichchupara Ghat of the river around 3:00pm. 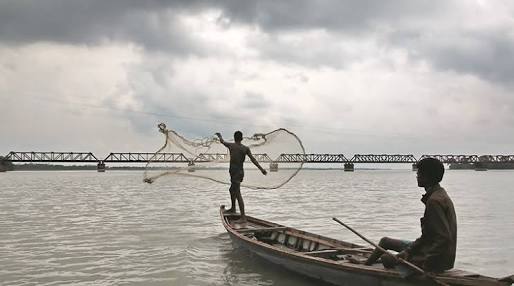