Two persons have been arrested in connection with the land dealer's murder case. 38-year-old Satyendra Yadav was shot dead in a dhaba on Saturday night near Kharibari on the Bengal-Bihar border. He was allegedly shot dead by Harindra Yadav, a BJP Block President. However, Yadav is absconding. On Sunday night police arrested one Binod Prasad, a close associate and neighbor of the victim along with Biswanath Roy, the owner of the eatery where the murder had taken place. Binod is a resident of Green Park Colony, Mallaguri. Binod Prasad was accompanying the victim and was present during the incident. "Prima facie police have found the involvement of the two arrested in the crime," stated Amit P Javalgi, Superintendent of Police, Darjeeling. The two were produced at a Siliguri court on Monday. While Binod Prasad was remanded to police custody, Roy was sent to judicial custody. "We will pray for police remand for Roy too on Tuesday," added the Javalgi. The deceased Satyendra Yadav, a Trinamool Congress member was a land dealer and a broker. Police sources said there was a dispute over a piece of land in Mallaguri between two groups headed by Satyendra and Harendra. The dispute could have led to the murder. Satyendra had gone to Gopalganj in Bihar to meet his parents. While returning, he had stopped at the roadside eatery near Kharibari at around 10.30 pm. It was here when he was allegedly attacked by Harendra and two others who shot at Satyendra twice at point blank range. Harendra is the president of the BJP's No-I Mandal Committee of Siliguri. He had also contested as a BJP candidate in ward 46 in SMC polls in 2015. The police have launched a manhunt for Harendra and his associates. 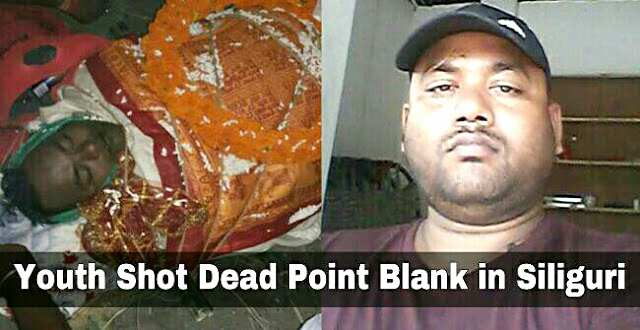